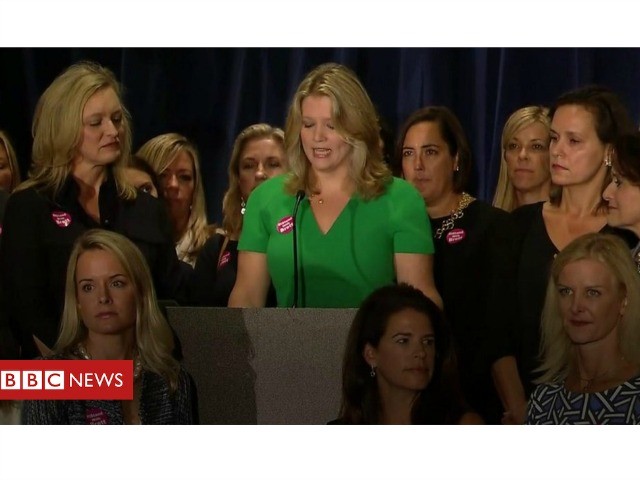 The cry from the media and the political left is that we must “Believe All Women!” But neither the media nor the left seem at all interested in believing the women defending Brett Kavanaugh.

I am not even talking about the legions and legions of female character witnesses from the Supreme Court nominee’s professional and academic career – women who have known him for up to 35 years.

No, the women I am talking about are the female witnesses named by Kavanaugh’s accusers.

Christine Blasey Ford has accused Kavanugh of attempting to assault her during a house party in 1983. She was 15 at the time, he was 17, and Ford claimed to have three witnesses.

Now that the dreaded Patriarchy is finally coming down (whatever that means), let’s ignore two of Ford’s witnesses — PJ Smyth and Mark Judge (who have ZERO recollection of this house party) because … they are men, and therefore members of that dreaded patriarchy. But…

What about Leland Ingham Keyser?

Hey, if we are supposed to believe all women…

Kavanaugh’s second accuser is Deborah Ramirez, who claims Kavanaugh exposed himself to her during a drunken party in a Yale dorm in 1983. Ramirez says she was “foggy” drunk at the time and for 35 years could not remember who flashed her, but after talking to Senate Democrats and her Democrat lawyer for six days, she is now sure it was Kavanaugh.

Two witnesses to the event named by Ramirez say it never happened. But they are both men, and therefore dreaded members of the patriarchy. But…

What about Ramirez’s best friend at Yale?

She says of Ramirez, “This is a woman I was best friends with. We shared intimate details of our lives. And I was never told this story by her, or by anyone else. It never came up. I didn’t see it; I never heard of it happening.”

And what about Louisa Garry who “Ramirez alleged [was] involved in the incident?”

Here is what she (and two additional men Ramirez claimed were involved) told the New Yorker:

We were the people closest to Brett Kavanaugh during his first year at Yale. He was a roommate to some of us, and we spent a great deal of time with him, including in the dorm where this incident allegedly took place. Some of us were also friends with Debbie Ramirez during and after her time at Yale. We can say with confidence that if the incident Debbie alleges ever occurred, we would have seen or heard about it—and we did not. The behavior she describes would be completely out of character for Brett. In addition, some of us knew Debbie long after Yale, and she never described this incident until Brett’s Supreme Court nomination was pending. Editors from the New Yorker contacted some of us because we are the people who would know the truth, and we told them that we never saw or heard about this.

Garry added later, “I never saw or heard anything like this. But I cannot dispute Ramirez’s allegations, as I was not present.”

What part of the “all” in “believe all women” am I missing?