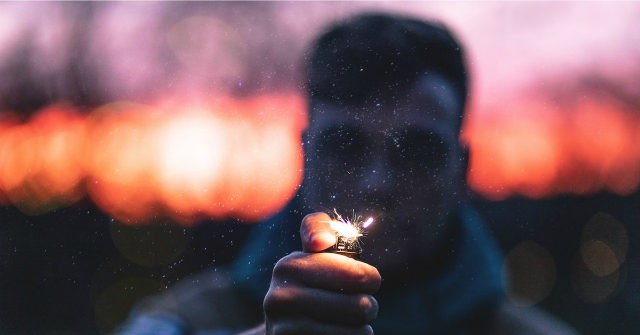 According to investigators, she wasn’t even in the city when she says the attack happened.

Back in June, while the terrorists in Black Lives Matter and Antifa were running wild toppling statues, hurling Molotov cocktails, and attacking a state senator in Madison, 18-year-old Althea Bernstein told police she was driving through a protest around 1:00 a.m. and stopped at a red light when she heard someone scream a racial slur.  It was a gang of four white men, she claims, one of whom sprayed her with lighter fluid and then lit her on fire by throwing a lit lighter at her.

She says she drove off with her head on fire, put the fire out, and went to the hospital.

Just like pretty much every hate crime we’ve read about these past few years, this one did not happen.

“A team of federal, state and local investigators probed the allegations as a possible hate crime,” reports the Associated Press. “On Friday, the U.S. attorney’s office in Madison issued a statement saying the investigation was closed without charges filed.”

The local police chief also released a statement that said detectives could not  “locate evidence consistent with what was reported.”

Here’s what the investigation did find:

Video footage of Bernstein in Middleton, WI, just before 1:00 a.m.

Middleton is a 15-minute drive from Madison.

Video footage of Bernstein’s vehicle stopped only once with no one around the car, her window closed, and her car in the right lane, not in the left lane as she claimed.

Here’s what the investigation did not find:

There’s no footage of four white men matching her description.

An arson dog found no trace of anything incendiary in her car or at the scene.

There was no fire damage in the car.

The police did verify traces of lighter fluid on her shirt, and the hospital confirmed she was burned.

Naturally, because we now live in a country filled with sacred cows that relegates those of us who are not sacred cows to second class citizenry, Bernstein will not be charged with filing a false report, even though all the evidence and common sense say she did.

The story on its face was absurd.

Someone’s running around Madison at 1:00 a.m. with lighter fluid and a Zippo lighter that stays lit when you throw it?

Oh, and she didn’t drive off when she got squirted with lighter fluid? When the guy opened the Zippo and lit it?

So what if she was at a red light… If someone’s about to light your head on fire, you get the hell out of there. You drive off or move to the other side of the car. You duck or lean back or cover your head or honk the horn.

Was there traffic coming the other way that kept her from speeding off?

Okay, then where are the witnesses?

If it weren’t for fake hate crimes there would be almost no hate crimes … except of course against Trump supporters and Jews, but the media will tell us they had it coming.

So we live in a world where the left is not only burning down our cities, but constantly framing us for crimes that they either committed themselves or that never happened.