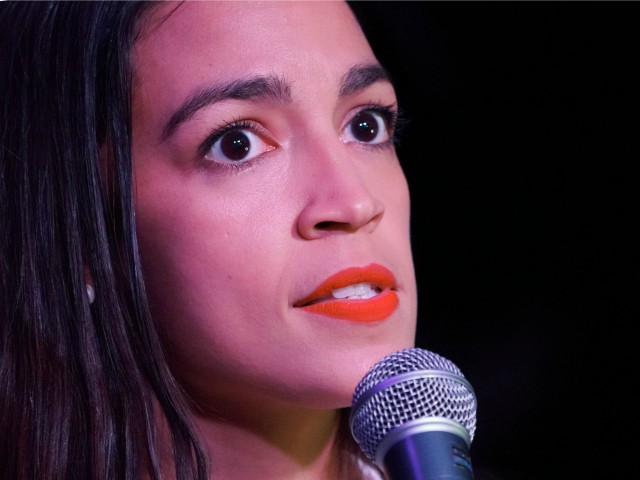 Rep.-elect Alexandria Ocasio-Cortez (D-NY) misled her Twitter followers this week by telling them the Pentagon lost $21 trillion, which is enough to fund most of her Medicare for All scheme.

Two days later, and even though no less than the far-left Washington Post pointed out just how false her tweet is, as of this writing, she has yet to delete what can now be called a deliberate act of misinformation.

“Medicare for All” is the latest name for socialized medicine, single-payer, etc. In other words, if you want the same health care as our veterans get at the Veterans Administration, you will love Medicare for All.

Naturally, Democrat Socialist Ocasio-Cortez is eager to force everyone to surrender the health insurance they are happy with so she can herd us onto her government care … because she knows what’s best for us, y’all.

What she does not know, though, is how the Google Machine works. Her reading comprehension skills could also use some polishing.

“$21 TRILLION of Pentagon financial transactions ‘could not be traced, documented, or explained,’” an excited Ocasio-Cortez tweeted Sunday.

$21 TRILLION of Pentagon financial transactions “could not be traced, documented, or explained.”

$21T in Pentagon accounting errors. Medicare for All costs ~$32T.

That means 66% of Medicare for All could have been funded already by the Pentagon.

And that’s before our premiums. https://t.co/soT6GSmDSG

To back up her socialist math, Ocasio-Cortez linked an article in the left-wing Nation based on a study of Pentagon budgeting that found $21 trillion in “unsupported budget adjustments” between 1998 and 2015.

And, due to the fact that the media’s latest lefty superstar doesn’t know what she doesn’t know, she read this as, Like, OMG, the Pentagon lost, like, $21 trillion which would, like, totally pay for my dream to force unwilling Americans into government-run health care!

Listen, I am not going to sit here and pretend that I knew on sight what “unsupported budget adjustments” meant — because I can promise you this public school attendee did not. But because I know what I don’t know, I looked it up, and all it means is that between 1998 and 2015, the Pentagon moved money around and that those adjustments totaled $21 trillion — which means $1 could have been moved around 21 trillion times.

In fact, had Ocasio-Cortez bothered to actually read the article she linked in support of her fake news, she would not have received four Pinocchios from her left-wing confederates at the Washington Post Monday. The Nation made this point clear: [emphasis added]:

To be clear, Skidmore, in a report coauthored with Catherine Austin Fitts, a former assistant secretary of the Department of Housing and Urban Development who complained about similar plugs in HUD financial statements, does not contend that all of this $21 trillion was secret or misused funding. And indeed, the plugs are found on both the positive and the negative sides of the ledger, thus potentially netting each other out. But the Pentagon’s bookkeeping is so obtuse, Skidmore and Fitts added, that it is impossible to trace the actual sources and destinations of the $21 trillion.

Call me crazy, but should all of this not be one more argument against government-run health care — this example of a government institution shifting $10 trillion from here-to-there and from there-to-here so much that the ins-and-outs of this shell game add up to $21 trillion that went who-knows-where?

Are these the kind of unaccountable bureaucrats we want running our health care?

And is someone as clueless, narcissistic, and dishonest as Ocasio-Cortez the kind of person we want in charge of our health care?