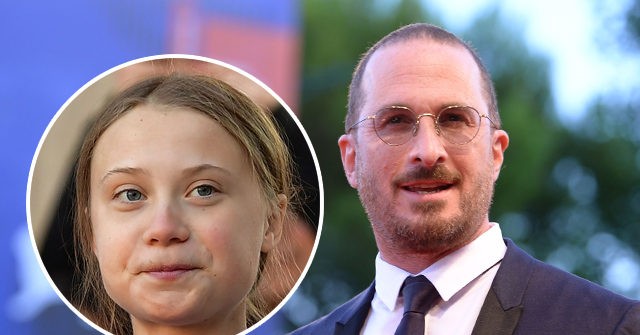 Aronofsky, who directed Black Swan, Noah, and Requiem for a Dream, is the latest Hollywood personality to throw his support behind Thunberg. Stars including Leonardo DiCaprio, Ellen DeGeneres, and Arnold Schwarzenegger have publicly backed the young activist.

In his Times article Monday, Aronofsky said he was struck by Thunberg’s ability to make the debate over climate change more relatable for average people.

“Ms. Thunberg has brought the conversation on climate change out of the theoretical,” he wrote. “She has made it human, tangible and urgent. Her protest is stark in its simplicity and brilliant in its lack of frills; she’s merely telling the truth. And for the first time, it feels as if people are listening.”

Aronofsky concluded: “I have no doubt that she will become an icon for the climate crisis — if she isn’t one already.”

The Oscar-nominated director said he was first struck by an Instagram photo of Thunberg at her first environmental protest in August 2018.

“Here was the image — one of hope, commitment and action — I needed to see. An image that could spark a movement,” he wrote.

Aronofsky claimed it would be “criminal” to ignore Thunberg’s message.

“It would be criminal to continue ignoring the truths that she, and countless scientists, have so clearly presented to us. It would be a waste to do anything less than throw the full heft of our support behind her,” he wrote.

Aronofsky’s last movie was the box-office bomb Mother!, a surreal thriller starring Jennifer Lawrence that the filmmaker has described as a parable about climate change.

“It came out of living on this planet and sort of seeing what’s happening around us and not being able to do anything,” he reportedly said at the film’s 2017 premiere at the Venice Film Festival. “I just had a lot of rage and anger and I just wanted to channel it into one emotion, one feeling.”

Aronofsky has also claimed his movie Noah, a retelling of the Genesis story, contains environmental themes.

“It was very clear to us that there was an environmental message,” he told CNN in 2014. “The water is rising, and we already saw it once. We are living the second chance that was given to Noah.”