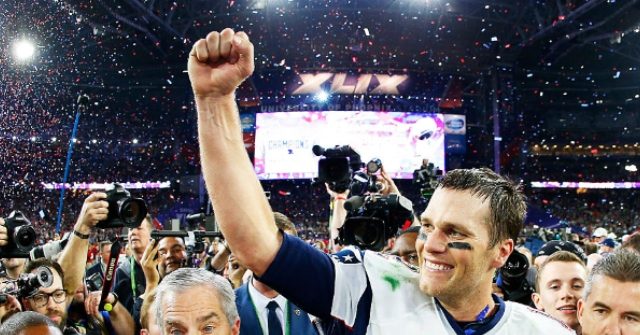 O’Neal slammed the Patriots after the six-time Super Bowl winner announced that he had signed with the Tampa Bay Buccaneers.

The TNT broadcaster accused the Patriots of ageism and allowing Brady to leave for greener pastures.

“It just confirms that there is no loyalty in sports,” O’Neal said during a visit to the Scoop B Radio Podcast. “When you get older, They forget about you. The day I knew I was dog meat was when Michael Jordan left. … There’s only a few people that can stay with one franchise for twenty or thirty years. The rest of us, we’re dog meat. They get what they want, and we move on. Because everyone wants to go younger.

“You can go younger with the Patriots, but you’re not bringing in anyone even close to Tom Brady,” the former Orlando Magic player continued.

“What they should have did with Tom out of respect, say to him I love you, I’m going to give you a one year deal. And we’re going to make this your thank you time,” O’Neal added. “And say ‘Tom, I know you want 30 million. We’re going to give you 30 million you done a lot, you might not start, because we gotta start getting younger.’ They should have that respectful conversation with him rather than not talking to him at all.”

Brady announced that he was heading to Tampa Bay after a 20-year-stint with the Patriots. On March 17, the Super Bowl champ signed a two-year deal worth upwards to $50 million.