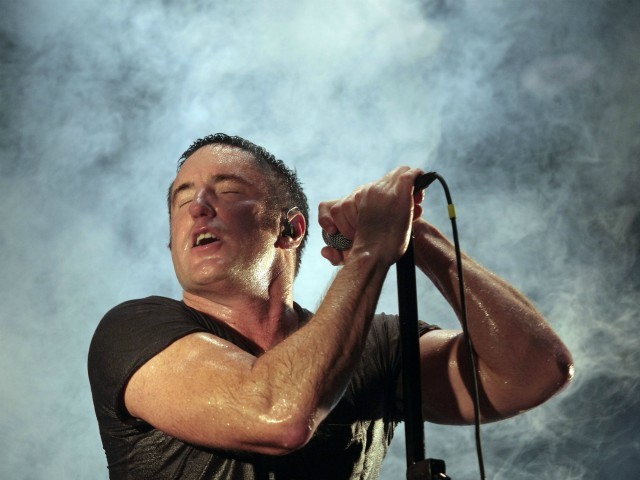 Nine Inch Nails’ frontman Trent Reznor claimed he told Sen. Ted Cruz to “fuck off” when the Texas lawmaker asked to come to a show during a performance in Irving, Texas, Tuesday.

“Who voted for Ted Cruz? See, the lights aren’t on, I can’t see. Is there any way to turn the lights on? I’d like to see. Raise your hand, you guys, nothing to be ashamed of, just checking,” Trent Reznor said.

“He might be here tonight. He was bugging to get on the guest list, and I told him to ‘Fuck off.’ We put him on a few years ago, he fucking drank all the beer, and was just a pain in the ass to be around. So…I won’t hold it against you,” the “We’re In This Together” singer said in a video posted to Reddit.

Like many celebrities, the 53-year-old has not hidden his thoughts on politics, calling President Trump a “grotesque person” and saying that he’s “repulsed by everything about him” in an interview in 2017.

“He’s a fucking vulgarian. Aside from whatever ideological beliefs he has — if he has any — he’s a grotesque person who represents everything I hate,” Reznor said.

Reznor got even more dramatic in a 2018 interview, claiming that Trump’s America was “seeing the fall of the empire of America in real time.”

“The rise of Trumpism, of tribalism; the celebration of stupidity. I’m ashamed, on a world stage, at what we must look like as a culture. It’s seeing life through the eyes of having four small kids – what are they coming into?” the rocker said.