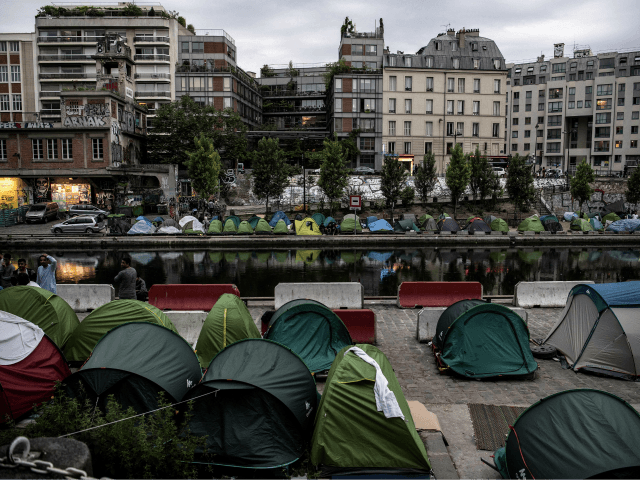 Three months after the death of a South American transsexual street prostitute, French police have arrested a gang of nine migrants, eight of them illegals from Egypt and another claiming to be from Syria, for murder.

The murder of Vanesa Campos, born Victor Elias in Peru, occurred on August 16th at 11 pm and saw the sex worker shot and killed after yelling for help. The death of the 36-year-old sparked an intense investigation which has led to the arrest of a gang of migrants aged 15 to 30 previously known to police under more than a dozen different aliases, Le Parisien reports.

According to investigators, the gang of migrants had become well-known on the streets of the 16th arrondissement of Paris, where the murder took place, for robbing the clients of the prostitutes. Because it is illegal in France to engage in activity with a prostitute, few of their clients informed the police.

Several prostitutes told investigators that the gang had not only robbed their clients but had also made death threats to those who resisted and in one case had raped one of the sex workers.

Using information from the sex workers, police were able to track down the leader of the gang, an Egyptian thought to be from the city of Port Said, and monitor his phone conversations which led them to identify several more members of the group. During one of the intercepted calls, the leader of the group even confided in a friend that he had shot someone.

Upon the arrest of the gang members, who lived in the heavily-migrant populated suburbs of Seine-Saint-Denis, they confessed to the murder but claimed they initially had no problem with Campos or any of the other prostitutes. They said the reason they were armed was that other African migrants were hired by the prostitutes was for protection.

“These [sub-Saharan Africans] prevented others from working, that is, stealing from customers’ vehicles,” one of the suspects said.

The gang said that on the night of the murder they had armed themselves with bats, knives, and one with a handgun stolen from a police officer. The Egyptian migrants set upon the other Africans protecting the prostitutes and during the attack, the 36-year-old is said to have screamed out and was shot by the man with the firearm, according to gang members.

Migrant crime has become a major problem in Paris and the suburbs of Seine-Saint-Denis in recent years with several other major violent incidents including a man having his arm chopped off in a restaurant due to a dispute last year.

The problem of migrant criminal gangs in certain areas of the city has led to petitions from residents and a programme of cooperation with Moroccan police to identify foreign minors and expedite their deportation.