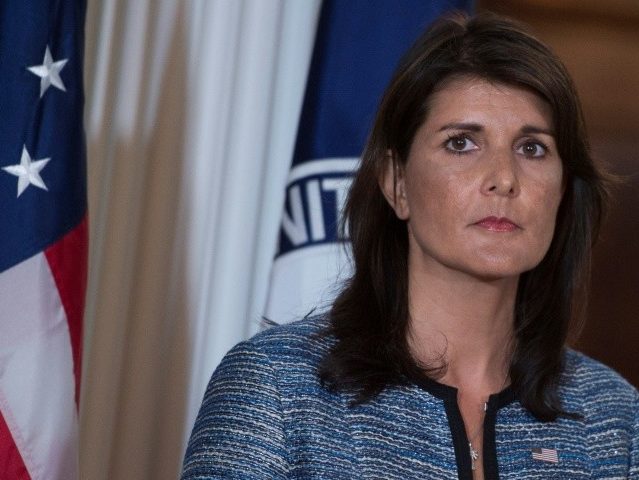 The United States will be “committed to advancing policies that protect the lives of the unborn” at the United Nations, said a spokesperson for U.N. ambassador Nikki Haley this week.

Haley’s press officer Andrea Stanford told Catholic News Agency (CNA) that the U.S. will continue fighting for the rights of the unborn in “all multilateral forums, including the United Nations.”

Stanford said that “the United States is a world leader in advancing the cause of human rights, the first and most fundamental of which is life.”

Pro-life groups have hailed the Trump administration for keeping its campaign promise to advance the cause of protection for the unborn.

In January this year, a prominent pro-life organization declared President Trump the 2017 “Pro-Life Person of the Year.”

“Since Trump took office, he has accomplished more for the pro-life agenda than any other president,” according to Operation Rescue, one of the most visible and effective pro-life activist groups in the country.

Operation Rescue gives its annual Malachi Award “to recognize individuals who sacrificially work to advance the cause of protecting the pre-born,” their website states.

Troy Newman, president of Operation Rescue, said Mr. Trump “has proven to be the most pro-life president we have had in modern history and has backed up his pro-life rhetoric with action like no other before him.”

Newman said that President Trump has had the courage to keep promises made during the campaign that provide greater protections for the pre-born and deny Federal funds to those who perform abortions.

Later in January, Trump told participants in the national March for Life that “every life is sacred” and “every child is a precious gift from God.”

The president reminded marchers that the Roe v. Wade case “resulted in some of the most permissive abortion laws anywhere in the world,” likening the United States to China and North Korea in its abortion legislation.

“Right now, in a number of states, the laws allow a baby to be born [torn] from his or her mother’s womb in the ninth month. It is wrong; it has to change,” Mr. Trump said.

The United Nations has advocated for legal abortion throughout the world, and openly attacked Ireland for its pro-life laws prior to the nation’s referendum on the subject, demanding that the predominantly Catholic nation repeal the Eighth Amendment to its constitution that banned the procedure.

A U.N. committee in 2014 went so far as to claim that the Irish constitution violated international law, and in 2016, a ruling from U.N. human rights “experts” said that Ireland’s abortion ban “subjects women to discriminatory, cruel and degrading treatment.”