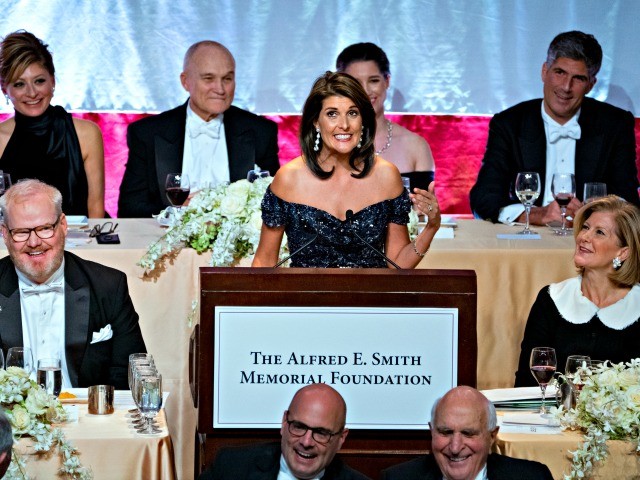 The test, which found that Warren could be between 1/64 and 1/1024 Native American, backfired in showing she had about the same amount of the Native American genome as five million European-Americans, according to a study cited by the New York Times.

Haley delivered the keynote speech at the Alfred E. Smith Memorial Foundation Dinner, where she said last year’s keynote speaker was House Speaker Paul Ryan (R-WI) but this year, they wanted something spicier.

“I get it, you wanted an Indian woman, but Elizabeth Warren failed her DNA test,” Haley joked. “Actually, when the president found out that I was Indian-American, he asked me if I was from the same tribe as Elizabeth Warren.”

Warren claimed Native American heritage when she applied to become a faculty member at Harvard University. She later switched her heritage back. She has said she wanted to pay respect to her ancestors, as more of her relatives were dying.

Trump has said Warren’s test proves she is a “phony,” and conservative pundits have mocked Warren’s test as a “self-own.” Democrats have also cringed, and some are upset at her focus on her expected 2020 run instead of ton he 2018 midterms.