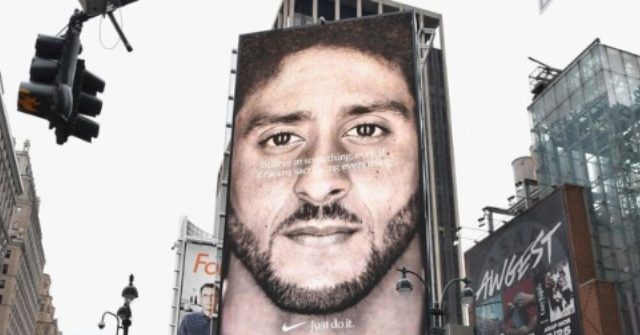 Nike has heard the backlash in response to their decision to scrap the “Betsy Ross Flag” sneakers, and they’re not backing down.

In an emailed statement from the company on Tuesday, the sportswear giant said they regularly “make business decisions to withdraw initiatives, products and services.” Specific to the “Betsy Ross” sneakers, Nike said the decision was made so as to not “unintentionally offend” as the nation celebrates its birthday.

“We regularly make business decisions to withdraw initiatives, products and services. Nike made the decision to halt distribution of the Air Max 1 Quick Strike Fourth of July based on concerns that it could unintentionally offend and detract from the nation’s patriotic holiday,” the statement read.

The “Betsy Ross Flag” sneakers, also known as Air Max 1, were supposed to be a celebration of American independence intended to coincide with the 4th of July celebrations. However, according to the Wall Street Journal, Nike decided to ditch the shoes after former NFL anthem-protester and Nike pitchman Colin Kaepernick raised concerns about the Betsy Ross flag evoking painful memories of a “connection to slavery.”

As Breitbart reported on Wednesday, Texas Senator Ted Cruz launched the #WalkAwayFromNike campaign, to boycott the shoemaker until they reverse course.

“[U]ntil @Nike ends its contempt for those values I WILL NO LONGER PURCHASE NIKE PRODUCTS. #WalkAwayFromNike RT if you agree.”

Missouri Republican Senator Josh Hawley slammed Nike as well for embodying the worst aspects of our “corporate economy,” as well as catering to “Chinese Communists” while refusing to display the American flag.

Nike is a symbol of everything wrong with the corporate economy. They take advantage of our laws but send jobs overseas for sweatshop wages, partner w repressive regimes, aggressively avoid paying any US taxes, and then tell Americans to shut up and buy their stuff

Nike has paid a price for the decision. Republican Governor Doug Ducey of Arizona scrapped an incentives package the state had offered Nike for their manufacturing plant.