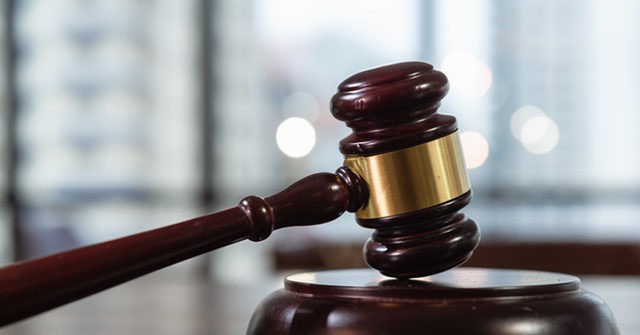 Al Jazeera reported on Tuesday that 14 of Nigeria’s 18 Supreme Court judges recently signed a formal complaint sent to the nation’s chief justice in which they allege to have suffered from a lack of employee welfare traditionally provided by Nigeria’s federal government, such as housing accommodations, motor vehicles, and electricity.

“In the judges’ letter of complaint – reportedly the first of its kind to be submitted in the court’s nearly 60-year history – they said several of them sworn into their posts in late 2020 had ‘yet to be accommodated,’” Al Jazeera reported on June 21.

“The letter also raised concerns over the lack of legal research assistants provided to justices, erratic electricity supply to the court, allegedly decrepit work vehicles given to justices, several of which were claimed to be ‘substandard’, and a lack of internet provision in their residences and chambers,” the Qatari news outlet relayed.

“The complainants said they had addressed the issues during a meeting in March with the chief justice, who they accused of having ‘received and ignored’ their demands for improvements,” according to Al Jazeera.

The Chief Justice of Nigeria’s Supreme Court, Ibrahim Tanko Muhammad, responded to the letter of protest on June 21. In a statement, Muhammad denied the judges’ allegations and “noted that there had been a lack of available budget to provide some recently-installed justices with residential accommodation and equipped libraries,” according to Al Jazeera.

“Accommodations are being gradually provided for the few that are yet to get. There is none of the Apex Court Justices without SUV and back up cars. If any of them were purchased but refurbished, the external and internal auditors are here in the court to take those that bought them up over it [sic],” part of the statement read.

On the allegation that there was no electricity in the courtrooms, the statement said, “The high cost of electricity tariff and diesel are national problem. The Chief Registrar might have budgeted for N300 per litre but diesel is now selling for over N700 per litre and therefore has to find a way around it without even bringing it to the attention of the CJN [Chief Justice of Nigeria]. But there is no way the generator would be put off if the Court is sitting [sic].”

“The internet services have been restored to Justices’ residences and chambers, just as some allowances have been paid to them,” Muhammad further stated in his letter.

Muhammad alluded to Nigeria’s long-standing fuel shortages, which have caused regular nationwide blackouts for years and recently led to power outages across major cities including Lagos and Abuja, the national capital in mid-June. Nigeria’s lack of sufficient fuel seems to betray intense mismanagement of the nation’s resources by Nigeria’s federal government, as the country boasts the second-largest crude oil reserves in Africa and is a member of the Organization of the Petroleum Exporting Countries (OPEC). Nigeria was Africa’s top oil producer in 2021.