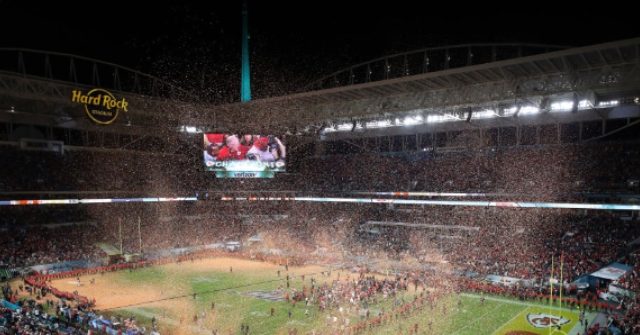 The National Football League has signaled that it may push the Super Bowl back to March if the coronavirus continues to present a hurdle to scheduling.

On Sunday, Green Bay Packers CEO Mark Murphy acknowledged that the the league has put in place a contingency plan that would see the big game scheduled for March, according to Sports Business Daily.

“We could move the Super Bowl back as far as four weeks,” Murphy said ahead of Sunday’s game with the Tampa Bay Buccaneers. “Obviously, we’d prefer not to do that, but you do have that flexibility if we run into a number of outbreaks with different teams or if we have to kind of move the schedule back.”

“We’d prefer not to, we’d like to play as much as possible [on] the schedule as it sits now,” Murphy added.

the contingency was set in case the league had more than five makeup games to play due to coronavirus outbreaks.

Regardless, the NFL clearly intends to complete this season in consecutive weeks.

Still, several games have been impacted by virus response protocols. To name a few, just over a week ago, the Broncos-Patriots game was postponed, and in September a Steelers-Titans game was pushed off a few days over the virus. Speaking of the Titans, that team reported several coronavirus incidents early in October.