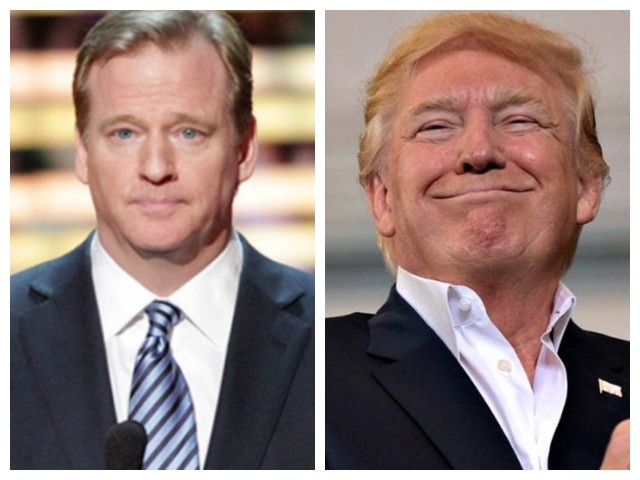 NFL Commissioner Roger Goodell has offered a sincere thank you to President Donald Trump, for helping the league solve a broadcast rights issue with Canadian television.

“We greatly appreciate President Trump’s leadership and determination in bringing about a resolution to our intellectual property issue in Canada,” Goodell said in a statement, according to the Washington Post.

Goodell offered his thanks because the president’s trade deal with Canada helped the league resolve a problem it has had with Canadian broadcast TV over its airing of the Super Bowl. For some time now, Canada’s CTV has demanded that the Super Bowl be aired in Canada straight from the U.S. with all the American commercials included. This ruling meant that the NFL could not sell ad spots to Canadian companies.

However, thanks to the trade wrangling the president engaged in with Canada, this sticky rights issue has been resolved and the NFL and CTV will now be able to sell ad time to Canadians. Trump’s new agreement makes the Super Bowl even more valuable to both the NFL and Canadian television.

The provision in question that helped resolve the NFL’s Super Bowl dilemma, maintains that “Canada may not accord the program treatment less favorable than the treatment accorded to other programs originating in the United States re-transmitted in Canada.”

Trump may be at odds with the NFL’s decisions (or lack thereof) over the player protests during the national anthem, but that did not stop his negotiators from helping an American business when it needed a boost.