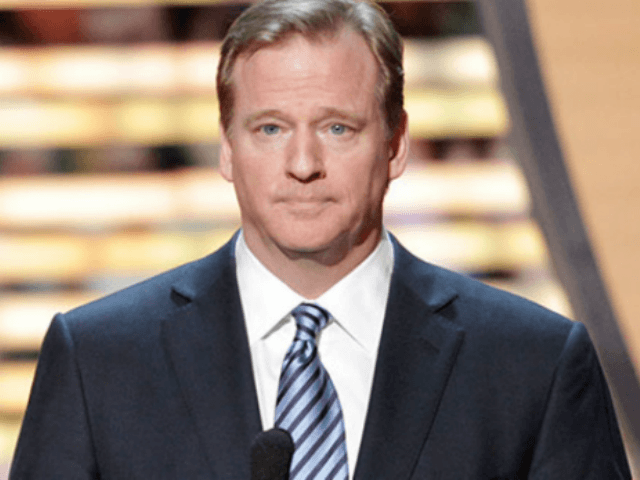 NFL Commissioner Roger Goodell has often been accused of being tone-deaf, or out of touch with how fans view the game. On Wednesday, we may have received the best possible evidence that those who believe that are absolutely correct.

After Wednesday’s owners meetings, Goodell took to the podium and delivered a strong, optimistic outlook on the current and future status of the league. Goodell cited the “historic highs” the league has seen in offensive production, competitive games, and quality of games. Yet, the commissioner went even further, saying that he doesn’t “think there’s ever been a better time to be an NFL fan:”

I will leave you with something that I have said to the owners many times. I don’t think there has been a better time to be an NFL fan. The quality of the games and the enjoyment that comes with that, I hear it from the fans all the time — that is number one for them. Number two, is the access to the games and the way that fans are able to engage with the NFL. There are more platforms and more opportunities to do that. The experience is better because of technology. All of that creates a much better opportunity for our fans to enjoy football and NFL football. From our standpoint, we look at this as a great moment for us — the tremendous growth and the tremendous popularity of our game.

It would certainly be useful if we could hear or talk to these “fans,” who are telling Goodell “all the time” that the quality and enjoyment of NFL games is so great. Presumably, these fans would not be among the tens of thousands who no-show NFL games every week. They also would presumably not be among the tens of millions of fans who complain about anthem protests, pace of play, terrible officiating, and how soft the league has become, on message boards, comment sections, Twitter, and in every other imaginable forum.

The NFL has seen a modest rebound in their ratings after the historic losses the league has suffered over the last two years. Clearly, Goodell feels that small win gives him license to spike the ball and declare the NFL to be on the mend. Perhaps he’s right, on some of those counts. But to claim that the there’s “never been a better time to be a fan” of this league, is beyond delusional.

Defense has almost been completely erased from the game. Quarterbacks are now flopping like soccer players in order to draw increasingly insane roughing penalties from officials who are all too willing to give them out. And speaking of officials, gamblers getting ready to place their bets would be better served studying the officials for each game than they would studying the individual player match-ups. Due to the insanity of the league’s ridiculous over-officiating and nonsensical rule changes, referees now have just as much influence over the outcome of the game — if not more — than the players do.

And none of this even begins to address the player protests. Which the league successfully resolved— not because they defended the flag or the principles it stands for — but because they convinced their television partners to stop showing the anthem. Nor, the ridiculously over-priced DirecTV Sunday Ticket package, or the way over-priced PSL’s.

In fact, given all that, it’s hard to think of a worse time to be an NFL fan.