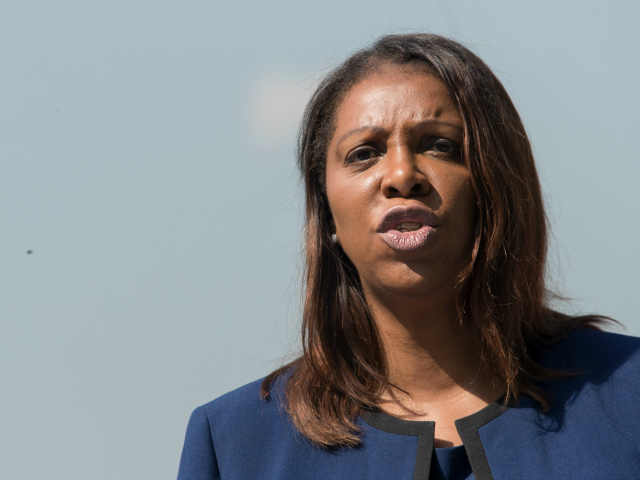 Incoming New York Attorney General Letitia James (D) vows to launch a widespread probe into President Donald Trump, members of his family, and “anyone” close to him suspected of breaking the law, according to a report.

“We will use every area of the law to investigate President Trump and his business transactions and that of his family as well,” James told NBC News in an interview released Wednesday morning. “We want to investigate anyone in his orbit who has, in fact, violated the law.”

In an outline provided to NBC News, James highlighted several investigations her office plans to undertake next month:

The June 2016 Trump Tower meeting with a Russian official.

Whether he is in violation of the emoluments clause in the U.S. Constitution through his New York businesses.

Continue to probe the Trump Foundation.

James, who was endorsed by another Trump foe, New York Gov. Andrew Cuomo (D), has said she would like to see her state’s double jeopardy laws changed, enabling her to bring charges against individuals the president has pardoned whose wrongdoings were conducted in New York.

“I think within the first 100 days this bill will be passed,” the New York attorney general-elect said. “It is a priority because I have concerns with respect to the possibility that this administration might pardon some individuals who might face some criminal charges, but I do not want them to be immune from state charges.”

“Taking on President Trump and looking at all of the violations of law I think is no match to what I have seen in my lifetime,” said James.