Former Speaker of the House Newt Gingrich said this week the American system “was built for a strong commander in chief,” which we do not have under President Joe Biden.

“The simple fact is Putin and Xi sense real weakness in the American commander in chief,” Gingrich wrote in reference to the Russian and Chinese leaders. “They sense that American confusion and weakness is an enormous opportunity.”

Even if Biden were serious with his threat of “severe sanctions” if Russia invades Ukraine, it will have little effect on Putin since Biden’s “war on American energy” has left him beholden to Russian oil, Gingrich suggested.

“Oil is the largest source of foreign income for Russia,” he noted. “Every dollar per barrel increase is a windfall Putin can spend on the Russian military and foreign adventures.”

While President Donald Trump’s energy independence policy drove the price of crude oil down to $39.90 a barrel in October 2020, he observed, Biden’s anti-American energy policy has forced the price of crude up to $85.43 a barrel.

Because of his misbegotten energy policy, Biden has been forced “to beg Russia and Saudi Arabia” to increase production to lower the price, Gingrich wrote. 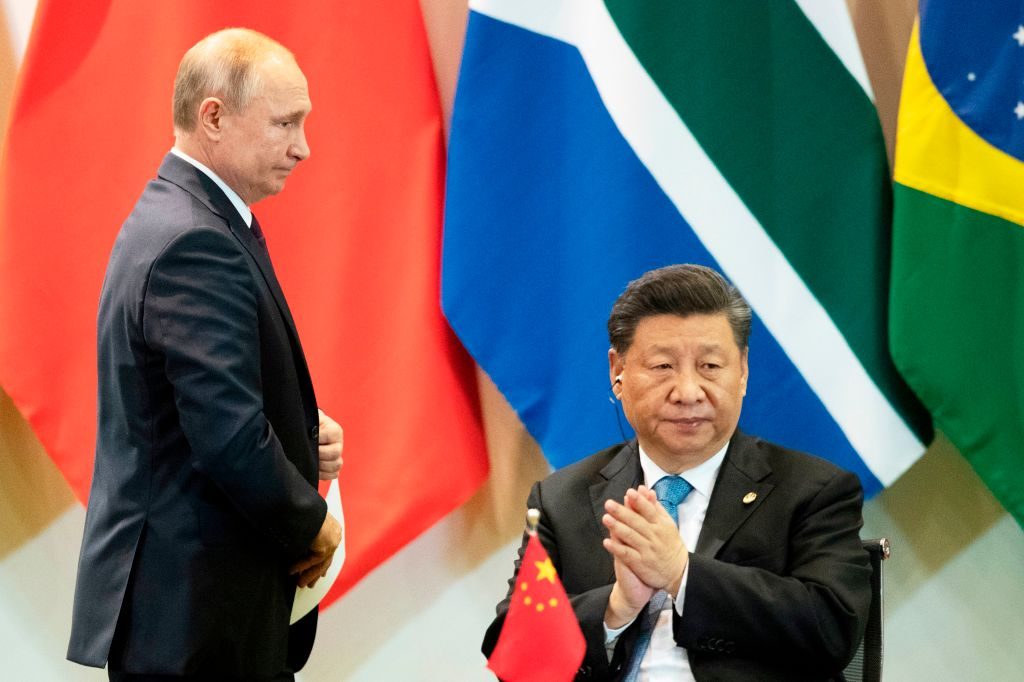 China’s President Xi Jinping (R) and Russia’s President Vladimir Putin attend a meeting with members of the Business Council and management of the New Development Bank during the BRICS Summit in Brasilia, November 14, 2019. – (PAVEL GOLOVKIN/POOL/AFP via Getty Images)

Far from severe sanctions, Biden’s policies have gifted Putin with a $45.53 a barrel increase in profit for him “to pay off his oligarchs, buy better military equipment, and engage in foreign adventures,” Gingrich observed.

Moreover, knowing Biden’s weakness, “the Russians have announced that they will be holding military maneuvers off Ireland,” he added.

Weakness when facing dictators is always dangerous, he stated, and our commander in chief appears incapable of meeting the dual challenge posed by the situations in Ukraine and Taiwan.