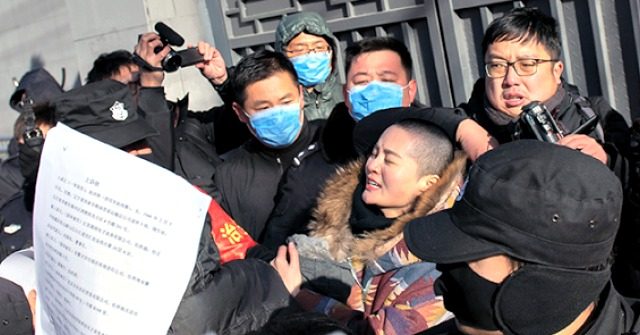 The Chinese communist party’s domination of the lives of Chinese citizens is far worse now than it was thirty years ago at the time of the Tiananmen Square massacre, writes former Speaker of the House Newt Gingrich in a sobering essay Friday.

“General Secretary Xi Jinping has further consolidated and expanded the power of the totalitarian system to monitor and control the lives of the Chinese people,” writes Mr. Gingrich, whose forthcoming book on China will be released in October. “The private space in which one would have dissenting thoughts or share dissent with one’s family or neighbors is being squeezed more and more every day.”

The tendency to focus on the plight of specific ethnic groups such as the Uyghurs or the Tibetans, while well intentioned, risks missing the bigger picture of the Communist Party’s tightening grip on all of Chinese society, Gingrich warns.

“Under the rule of the Communist Party, all of China is a police state,” he notes. “Every Chinese citizen is in danger of the state monitoring their every action and punishing them for deviancy from the party line.”

Since Tiananmen, “General Secretary Xi has combined advancing technological capability for surveillance with an anti-corruption campaign which can also be seen as an anti-opponent campaign,” he writes. “The same goals for dispelling opposition and maintaining leadership control are reflected in the social credit score the Chinese Communist Party has created.”

Unfortunately, China has been deteriorating while the west has done nothing, or worse, even abetted the process.

“The sad reality is that we today have no strategy to change the evolution of China away from a Communist Party-controlled giant surveillance system,” Gingrich states. “We are not even prepared to begin talking honestly about it.”

“We insist on treating General Secretary Xi as President Xi even though this is a complete misstatement of his true power base. His real power comes from the Chinese Communist Party, for which he is the general secretary,” he adds.

Historically, the choice to ignore the rise of brutal dictatorships has cost the free world dearly, he notes.

“There was a time in the early ‘30s when the democracies could have defeated the dictatorships at minimum cost,” but by the late ‘30s the window of opportunity had virtually closed and the west paid for it, he said, and a similar chain of events has occurred in China.

“At the present rate, it will be an even more controlled dictatorship oppressing people at home and selling the tools of oppression to dictators around the world,” he states.