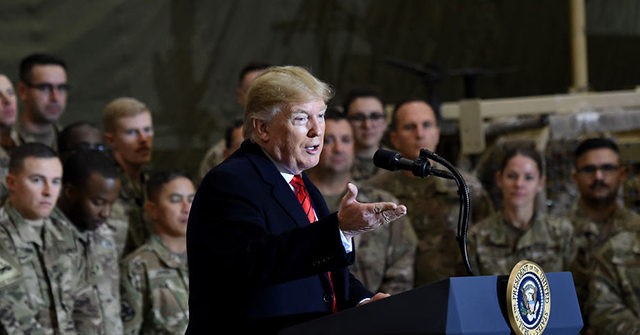 Newsweek recently demoted an editor — news which follows the firing of a reporter behind a highly inaccurate story that stated President Trump was “tweeting” and “golfing” on Thanksgiving when he was actually en route to Afghanistan to surprise U.S. troops.

A spokesperson for Newsweek confirmed to TheWrap on Monday that an editor has been “demoted” as part of the ongoing fallout stemming from a controversial Thanksgiving article titled “How is Trump Spending Thanksgiving? Tweeting, Golfing, and More.” The publication faced immense backlash for the piece after it was revealed that the president was actually in Afghanistan surprising U.S. troops:

Trump headed to Afghanistan to surprise U.S. troops on Thanksgiving https://t.co/f7Xeqz1ZGQ Deleting this tweet because it was written before knowing about the president’s surprise visit to Afghanistan-an honest mistake. Story has already been updated, as shown in the screenshot. pic.twitter.com/g9CfPaV2kQ

Newsweek provided an update later in the day, which read, “This story has been substantially updated and edited at 6:17 pm EST to reflect the president’s surprise trip to Afghanistan. Additional reporting by James Crowley.”

The publication terminated Jessica Kwong, who authored the original piece.

“The problem with this story is that it didn’t contain reporting,” a Newsweek spokesperson told Breitbart News. “It was published before Thanksgiving was over. We are trying to pull Newsweek away from that, and into reporting.”

Newsweek added that it will continue to review its processes and “take further action” if required.

“From the start of her tenure as editor in chief of Newsweek, Nancy Cooper has moved the newsroom toward strong reporting, such as the scoop on Baghdadi’s killing, and away from knee-jerk political snarkiness,” the spokesperson said, adding, “This story did not meet the standards she has set.”

The president, however, was seemingly unfazed by Newsweek’s inaccurate piece.

“I thought Newsweek was out of business?” he wrote on Twitter Thursday afternoon:

I thought Newsweek was out of business? https://t.co/3ro4eSJloo

Kwong spoke to the Washington Examiner and said she was assigned to cover Trump’s Thanksgiving whereabouts and ultimately placed some of the blame on an editor.

“The next day, Kwong reached out to the editor on duty and relayed the president’s latest actions, after which the story was published,” the Examiner reported.

“When the president’s trip to Afghanistan was announced, that editor then decided to assign another reporter to write a new story about it but neglected to update Kwong’s original piece in a timely manner,” the Examiner added.