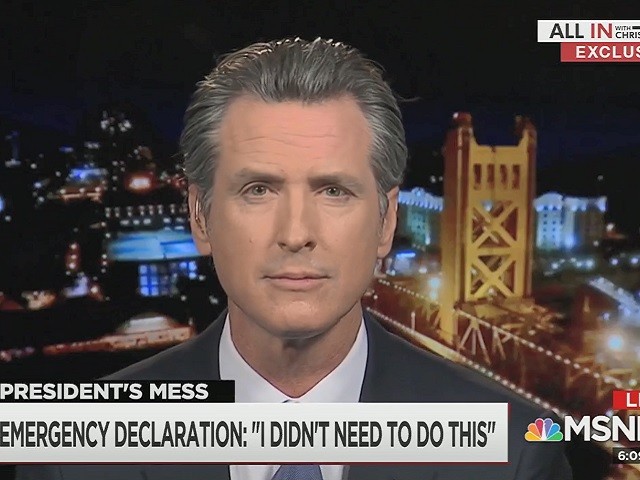 On Friday’s broadcast of MSNBC’s “All In,” California Governor Gavin Newsom (D) announced he will endorse Senator Kamala Harris’ (D-CA) candidacy for president.

Newsom said, “I’m very enthusiastic about Kamala Harris. … I’ll be endorsing her candidacy for president. I know her well. I’ve known her for decades, not only as district attorney, where she did an extraordinary job with a very progressive record, but I watched her up close as lieutenant governor, when she served as attorney general, and I’ve had the privilege of working with her as a U.S. senator. I think the American people could not do better.”