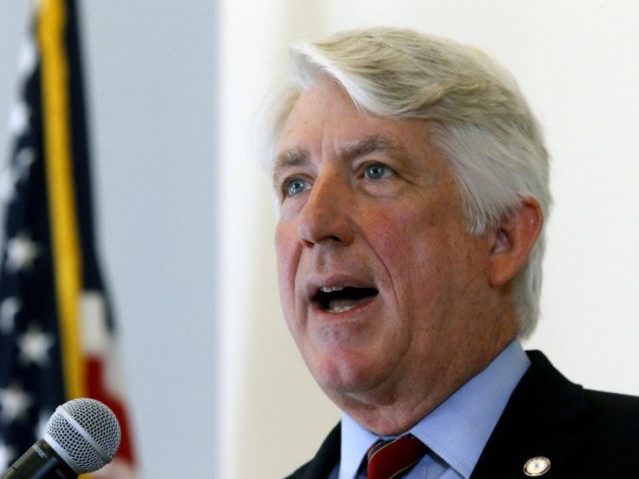 NewsGuard, the establishment-backed “fact checker” that according to one report is approximately twice as likely to rate a conservative news site as “untrustworthy” compared to a non-conservative news site, urged caution to critics of the New York Times’ recent decision to alter a headline about Virginia Attorney General Mark Herring admitting to wearing blackface without notifying readers.

NewsGuard is an internet browser extension that displays green “trustworthy” or red “untrustworthy” labels next to links to news sites as its users browse the web. Because it offers a blanket rating to news websites rather than a story-by-story rating, this results in green “trustworthy” ticks sitting next to fake news stories from green-rated publications, which risks presenting users with the perception that false or inaccurate stories from green-rated publications (which include BuzzFeed, Rolling Stone, CNN and the New York Times) can be trusted.

The same is true of the recent New York Times story, where editors changed the phrasing of a headline about Herring admitting wearing blackface from “dark makeup” to “blackface” following criticism of the original headline on social media. The New York Times did not update its article to notify readers of the change or explain why the initial headline was deemed to be inaccurate.

This is not the first time that the Times has changed its articles or its headlines without explaining its decision to readers or apologizing for the initial error.

In a story about the murder of Mollie Tibbetts last year, the paper stealth-edited a headline to remove the word “undocumented” from a description of Tibbetts’ killer. In another case from last year, the Times stealth-edited an article about one of Brett Kavanaugh’s accusers to remove a line in which the accuser said she “could not be certain” that Kavanaugh was responsible for alleged indecent behavior.

In another infamous case, the Times made substantial edits to an article about Bernie Sanders that downplayed his legislative achievements, a decision that was ultimately critiqued by the paper’s own public editor, as well as the Poynter Institute.

In a comment to Breitbart News, the editorial director for NewsGuard said that they are “reviewing this now with a hope of quantifying the issue.”

However, he also urged caution in judging the New York Times too harshly:

“Not all editing changes of headlines at the Times or anywhere else are necessarily corrections. As an editor I’ve often changed headlines as I thought more about the story and decided there was a clearer way to headline it. Also, as a story develops, as is the case in at least one example you cite, the headline could change because the story gets expanded.”