A recent attack on News Corp affected publications including The Wall Street Journal, The New York Post, and more as hackers attempted to gain access to email and documents of employees and journalists. Cybersecurity consultants hired by the company claim the hack comes from China and was designed to “collect intelligence to benefit China’s interests.”

The Wall Street Journal reports that News Corp was targeted in a cyberattack recently that accessed emails and documents of employees and journalists. The company’s cybersecurity consultant alleges that the hack was likely an attempt to gather information to benefit China. 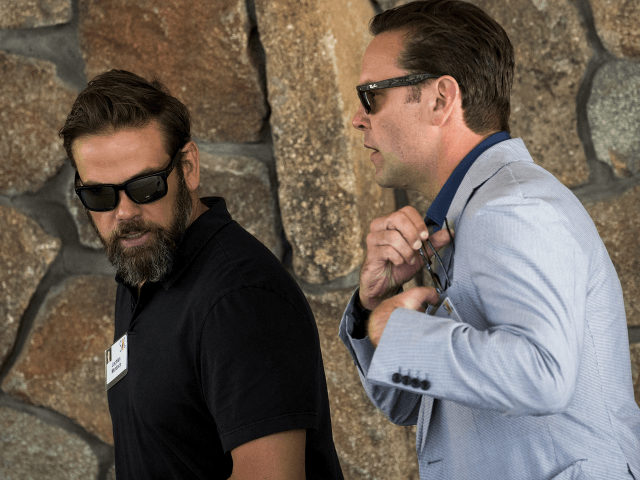 (L to R) Lachlan Murdoch, executive co-chairman of News Corp and 21st Century Fox, walks with brother James Murdoch, chief executive officer of 21st Century Fox, as they attend the annual Allen & Company Sun Valley Conference, July 5, 2016 in Sun Valley, Idaho. Every July, some of the world’s most wealthy and powerful businesspeople from the media, finance, technology and political spheres converge at the Sun Valley Resort for the exclusive weeklong conference. (Photo by Drew Angerer/Getty Images)

The attack was first discovered on January 20 and affected a number of publications and companies including The Wall Street Journal and its parent Dow Jones, The New York Post, the company’s UK news divisions, and News Corp headquarters.

The company notified law enforcement of the hack and hired the cybersecurity firm Mandiant Inc. to launch an investigation. David Wong, vice president of incident response at Mandiant, commented: “Mandiant assesses that those behind this activity have a China nexus, and we believe they are likely involved in espionage activities to collect intelligence to benefit China’s interests.”

The WSJ reached out to Representatives for the Chinese Embassy in Washington but received no response. According to individuals with knowledge of the matter, the threat activity appears to be contained.

Computer systems containing financial and customer data appear to be unaffected by the hack according to sources. Law enforcement and cybersecurity experts note that journalists are often high-priority targets for hackers attempting to gain access to information on behalf of foreign governments.

Read more at The WSJ here.