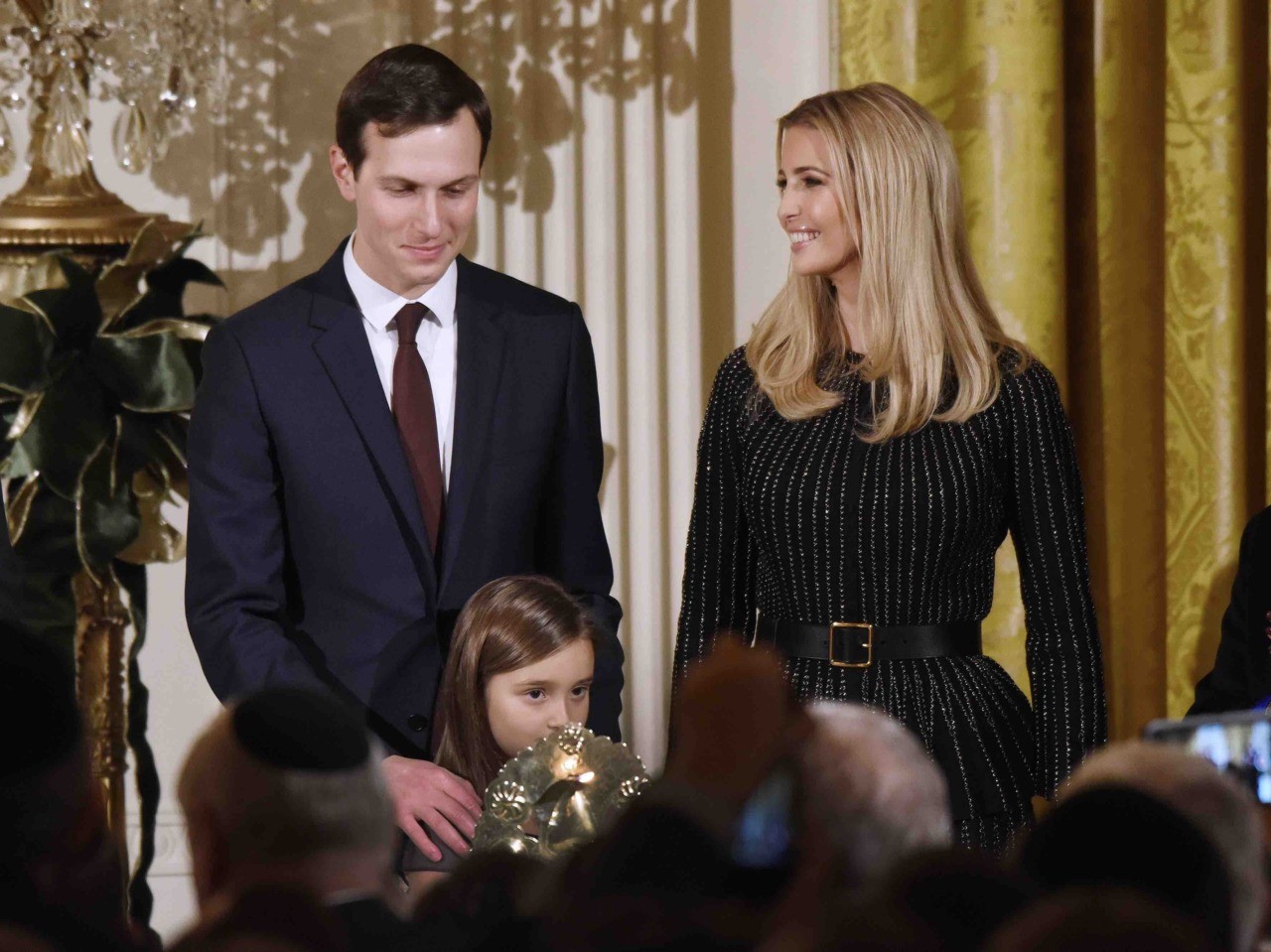 The New York Times took aim at Jared Kushner and Ivanka Trump on Saturday in a story citing them as symbols of division within the American Jewish community: “Are Jared and Ivanka Good for the Jews?”

The article, by Amy Chozick and Hannah Seligson, cites liberal critics of the Trump administration within the Jewish community who argue, effectively, that Kushner and Trump ought to be excommunicated for their roles at the White House.

“They certainly won’t be banned, but I don’t think most synagogues would give them an aliyah,” said Ethan Tucker, a rabbi and president of the Hadar yeshiva in New York, referring to the relatively limited honor of being called to make a blessing before and after the reading of the Torah. (Mr. Tucker is also the stepson of Joe Lieberman, the first Jewish candidate to run on a major party ticket in the U.S.) “I don’t think people generally honor people they feel were accomplices to politics and policies they abhor,” Mr. Tucker said.

The article also appears to blame the growth of the Lubavitch Chabad movement for the divisions in the Jewish community: “The growth of Chabad correlates with fierce divisions about the Israeli-Palestinian conflict and a small but growing contingent of American Jews who prioritize Israel above any other political or social issue.”

It is not clear why the authors associate Chabad with divisions over Israel, as the movement has been growing rapidly for several decades, long before the advent of J Street and other left-wing Jewish organizations that oppose the Israeli government.

Ironically, the leader of Chabad, the late Lubavitcher Rebbe Menachem Mendel Schneerson, emphasized accepting all Jews, regardless of their political beliefs or their level of religious observance.

The article cites Kushner’s role in U.S. policy toward Israel, including the opening of the U.S. embassy in Israel, something every president since Bill Clinton had promised but failed to deliver — until President Donald Trump.

“That embrace [of Israel] has only exacerbated tensions with secular Jews who overwhelmingly vote Democratic and oppose Mr. Trump,” the authors write, inadvertently revealing the primary source of division in the community.

The article also cites left-wing Jews who allege that the president’s daughter — who converted Orthodox — and her Jewish son-in-law are a mere “fig leaf” for the antisemites who support the administration.