The New York Times editorial board ignored its own fact checker when writing a 2017 article that falsely linked former Alaska Gov. Sarah Palin (R) to the 2011 mass shooting in Tucson, Arizona, emails revealed in court showed on Friday.

As Breitbart News reported in 2017, the Times published an editorial attacking Palin in the wake of a mass shooting in which a crazed left-wing gunman had fired at Republican members of Congress at a baseball practice in Virginia, wounding several. 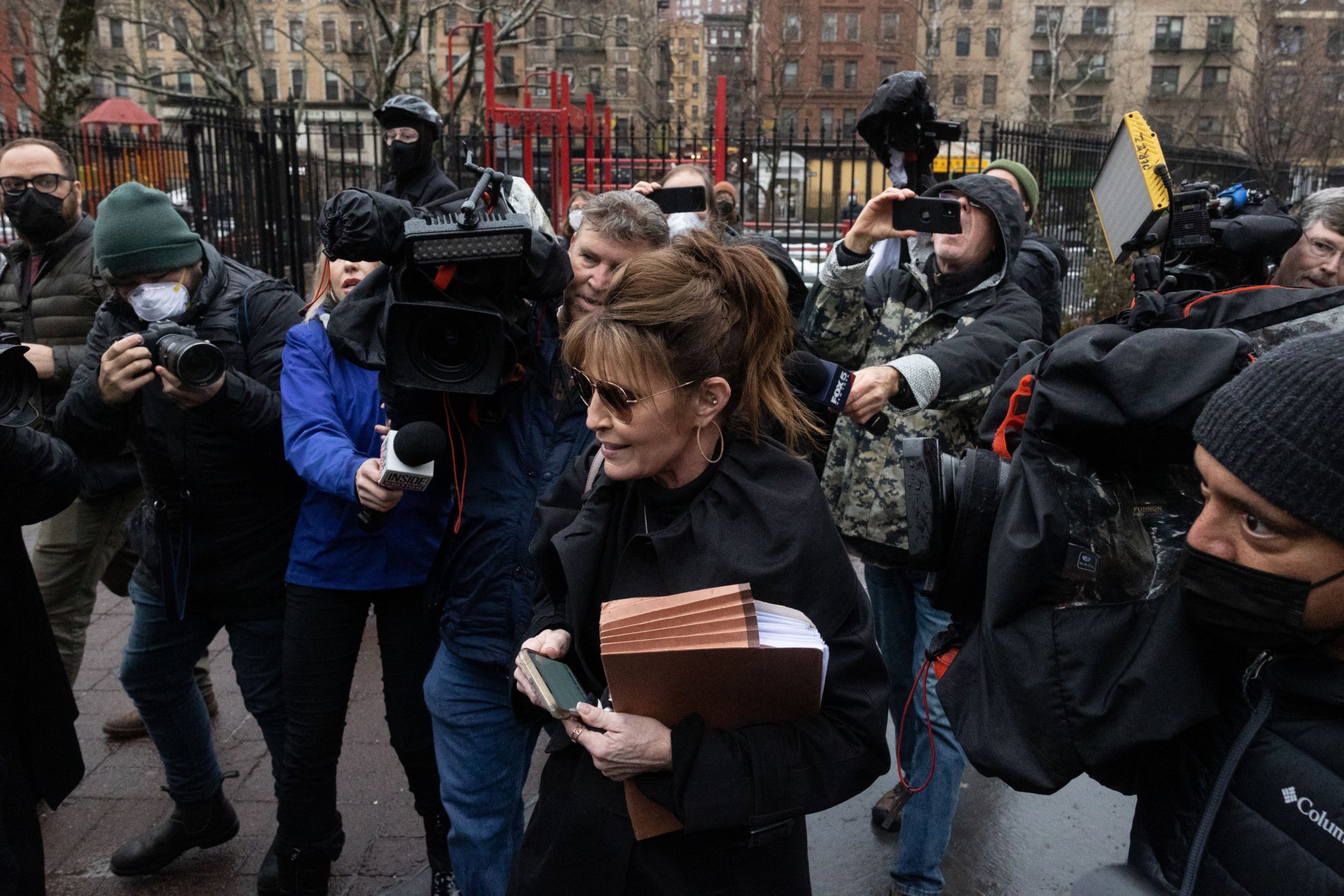 Members of the press surround former Alaska Gov. Sarah Palin as she leaves the federal court in New York, on February 3, 2022. (YUKI IWAMURA/AFP via Getty Images)

The editorial, “America’s Lethal Politics,” made the already-debunked false claim: “Before the shooting, Sarah Palin’s political action committee circulated a map of targeted electoral districts that put Ms. Giffords and 19 other Democrats under stylized cross hairs.”

The map in question showed crosshairs above congressional districts, not people. Breitbart News noted other discrepancies:

[T]he Tucson killer, Jared Loughner, was mentally disturbed and had no political motivations. As even the left-wing HuffPost reiterated Wednesday: “People said Jared Lee Loughner was motivated by politics. Reporting proved them wrong.” Second, Sarah Palin’s map was virtually identical to those used by Democrats for years, depicting targets atop contested congressional districts.

The map Palin used had also been used during the 2010 congressional elections, months before the Tuscon mass shooting, not simply “before.”

The Times issued a correction, changing the offending sentence to say: “Before the shooting, Sarah Palin’s political action committee circulated a map of targeted electoral districts that put Ms. Giffords and 19 other Democrats under stylized cross hairs. But in that case no connection to the shooting was ever established.”

Palin sued for defamation, alleging damage to her reputation.

The Times attempted to have the lawsuit thrown out, citing the famous 1964 Supreme Court case, New York Times Co. v. Sullivan, in which the majority held that a public figure had to show “actual malice” to prevail in a defamation suit.

Practically, that means that a newspaper must not only be wrong, but must know that it is wrong, before it publishes a false report in order to be liable. That high standard is said to show not just sloppiness, but “reckless disregard” for the truth.

However, Judge Jed S. Rakoff of the Southern District of New York, a Bill Clinton appointee, allowed the lawsuit to proceed. 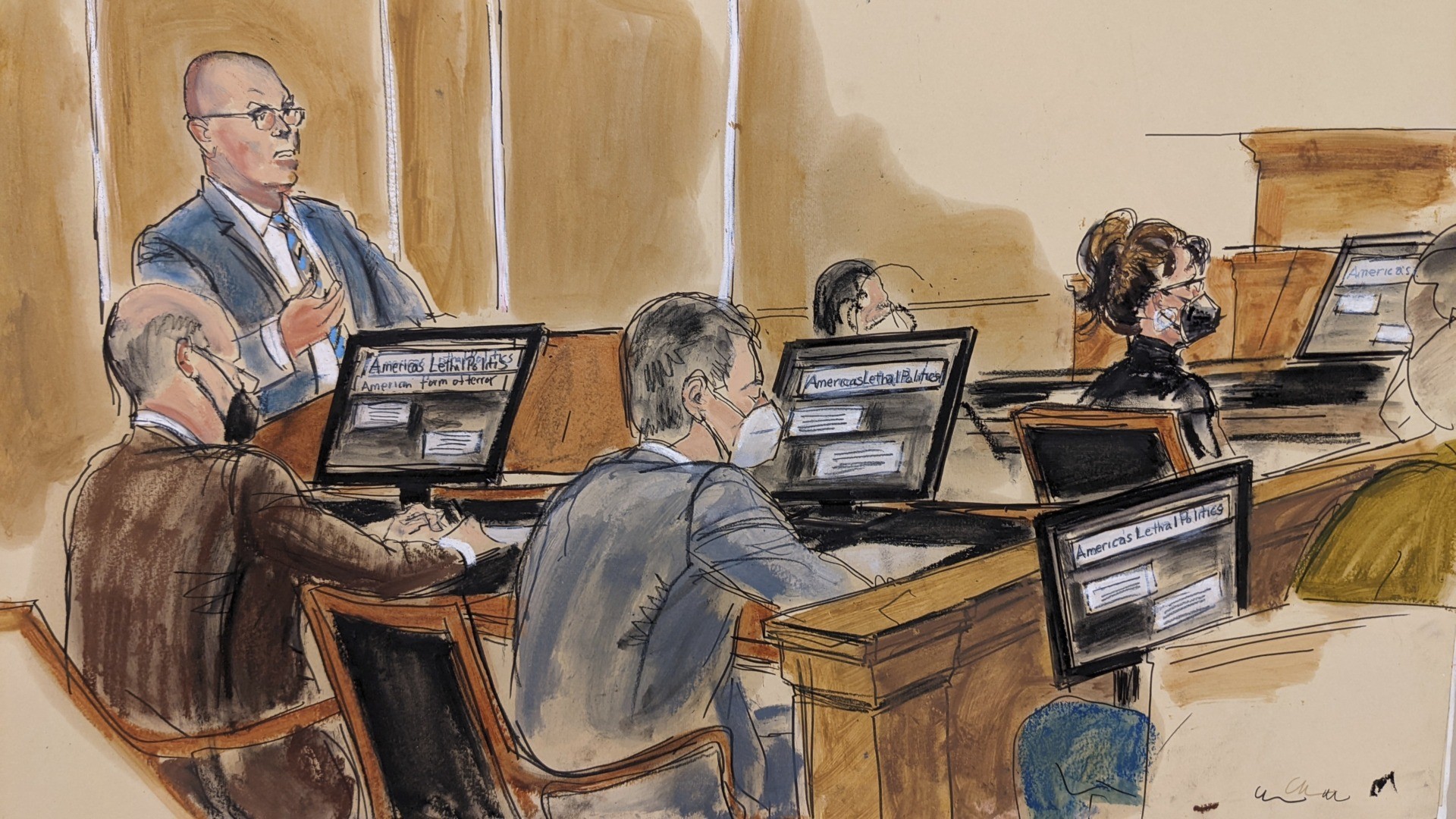 The emails revealed in court on Friday were striking, in that they suggested the Times chose to report what it knew was untrue.

Damning internal emails sent by members of the New York Times editorial board were made public today during the libel trial brought by Sarah Palin against the newspaper.

The emails were introduced by Palin’s lawyer Shane Vogt as he questioned Elizabeth Williamson, a journalist with the editorial section of the Times who wrote the first draft of the article.

In a message shown to the jury, Jesse Wegman, a member of the NYT editorial board, wrote that he worried the opinion piece that Palin sued over looked like they were trying to ‘sneak in’ a link between her and the 2011 shooting of former Rep. Gabby Giffords.

The emails also show that the editors appear to have ignored the advice of a fact checker who pointed out that the map came out ‘months’ before the shooting – but the article only said ‘before’.

Palin is reported to be willing to challenge the Sullivan standard, in the event she loses the case, appealing to the Supreme Court if necessary. However, based on the evidence Friday, the jury may decide she has met the “actual malice” standard. 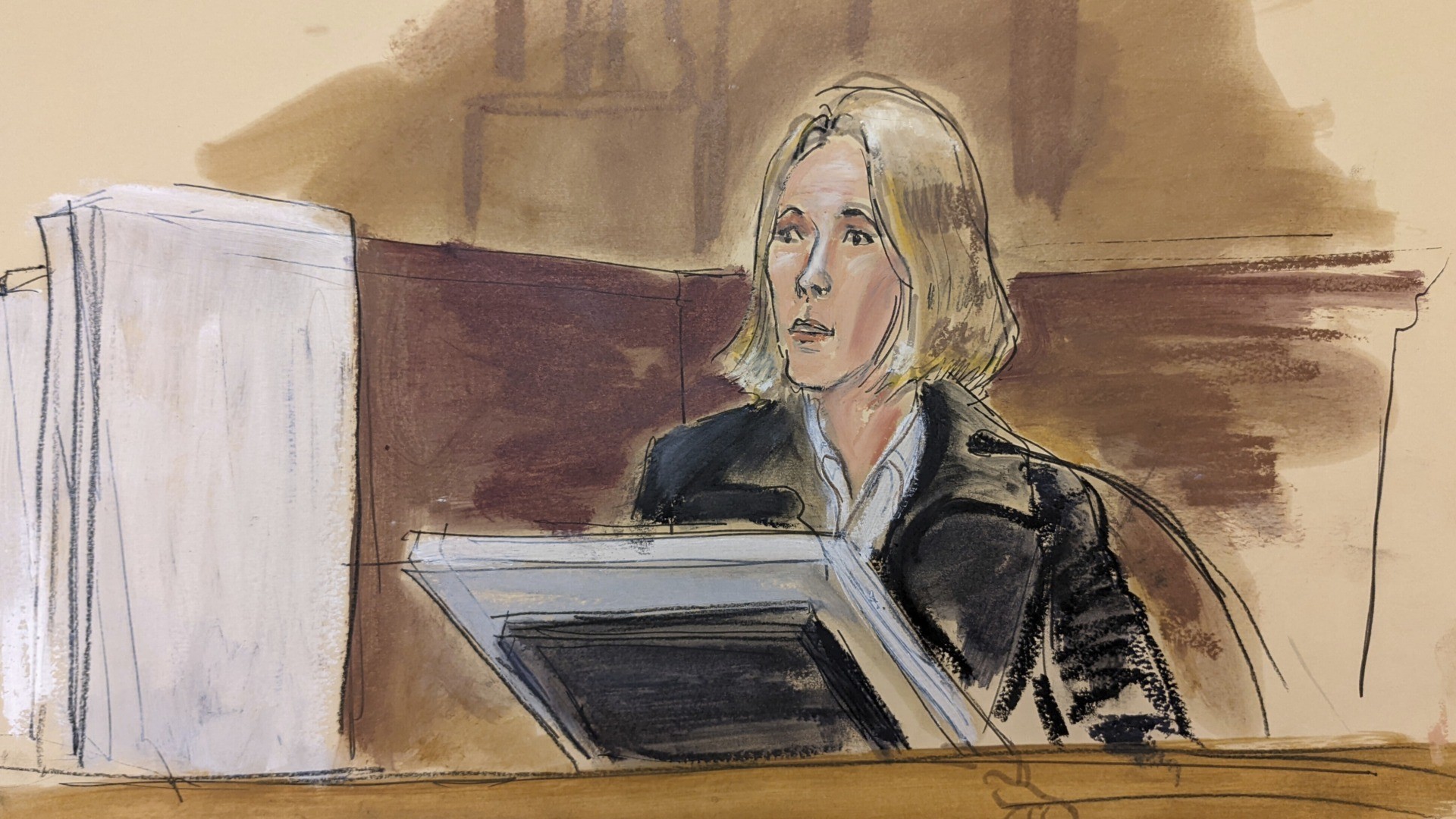