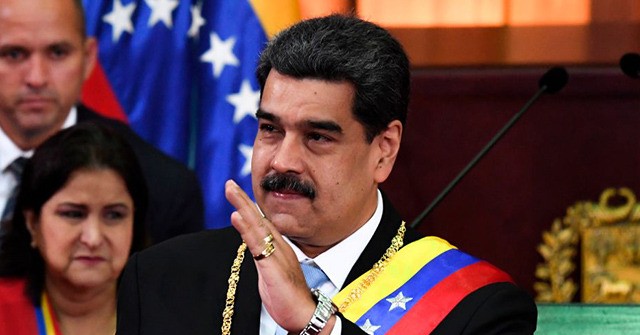 The New York Times published a report on Sunday declaring that Caracas, Venezuela, is experiencing an “economic boom,” despite the fact that the country is still in the midst of a humanitarian emergency that has led to one of the world’s most pressing migratory crises.

The report, written by Anatoly Kurmanaev and Isayen Herrera, explains that Venezuela’s socialist elites, many of whom have close ties to Nicolás Maduro’s socialist dictatorship, are suddenly benefiting from a “striking economic boom.”

According to the Times, the boom is the result of alleged liberal economic policies forced on the regime as a response to U.S. sanctions in a way reminiscent of other communist states like Cuba and Nicaragua, who have previously allowed some “private” investment amid an economic downturn, but only by individual members of the dictatorship and trusted relatives.

“Shopping malls that were deserted six months ago are bustling, and imported SUVs course through the streets,” the report notes. “New restaurants and bars are popping up weekly in the wealthier parts of town, their tables packed with foreign businessmen, fashionable locals and government insiders.”

The changes have transformed Venezuela in ways few in Washington or Caracas had envisioned. They are reminiscent of how allies Cuba & Nicaragua ditched Communist policies for private investment when faced with US economic pressure in previous decades https://t.co/sG6sr6B1NI

The report goes on to admit that the benefits of such investment are largely confined to Maduro’s supporters who are “living handsomely on business deals and stashes of hard currency.” One example of such beneficiaries are customers of the 1956 Lounge, where “teenagers and their parents sipped champagne and discussed coming yacht trips.”

It then describes the “starkly unequal impact” of Maduro’s reforms, which include reducing red tape and barely enforcing taxation, fueling a boom in private exports and investment. It turns out to only be “well-connected officials and military officers [who] have benefited from a plethora of new business opportunities and government concessions in everything from gold mining to beach hotels.”

📷 People line up with cans and tanks to collect water in Caracas pic.twitter.com/RLcHkEBVBe

Another factor behind this boom could also be that many wealthy Venezuelans living in Miami with links to the Maduro regime have returned home, consequently bringing their money back into the country. This is likely a bid to avoid economic sanctions imposed by the U.S. on those with official ties to the regime that froze their U.S.-based assets. Allies of Maduro have also faced growing hostility from anti-socialist compatriots seeking refuge in Florida.

Despite this supposedly “booming” economy, it is noted that Venezuela’s GDP is predicted to fall by a further ten percent this year, having already shrunk by a staggering two thirds since Maduro seized power following the death of late socialist revolutionary Hugo Chávez in 2013. The collapse has led to an economic and humanitarian crisis so severe that millions of Venezuelans have fled the country since 2015, with the Organization of American States predicting that number could reach as high as 10 million by the end of 2022.

The report ends up concluding that for the vast majority of Venezuelans, Maduro’s reforms have only delivered “marginal relief from the economic devastation of recent years,” despite the fact around 80 percent of Venezuelans also feel they are worse off than they were a year ago.

The Venezuela Crisis in Numbers: Outbreaks of measles and diphtheria, and surges of malaria https://t.co/Pmubn9WqV0 pic.twitter.com/4ClzCHgl9N

The New York Times has a dubious history regarding its approach to Venezuela. In 2017, the paper ran a $200,000 advertisement from the Maduro regime accusing President Donald Trump of seeking to “manufacture a political crisis” in the country after he imposed multiple economic sanctions against its economy over egregious human rights violations.

Maduro is himself a published Times contributor, with the paper running a column in 2014 blaming the country’s large-scale anti-government demonstrations on the country’s elite and the “one percent.”

The Times has previously defended its advertising policy to Breitbart News, maintaining that the company accepts advertisements in which groups or individuals comment on a “public or controversial issue” but refusing to comment on whether the Venezuelan government ads ever crossed any ethical boundaries.