A recent article from the New York Times analyzing the spread of the #JobsNotMobs slogan credits Breitbart News with helping the term rise in popularity.

A recently published article from the New York Times titled “Tracing a Meme From the Internet’s Fringe to a Republican Slogan,” analyzes how the #JobsNotMobs slogan became popular online, eventually being used by President Donald Trump himself. The Times writes:

Since President Trump’s election, his loyalists online have provided him with a steady stream of provocative posts and shareable memes, often filtered up from platforms like Reddit through media channels like Fox News. In return, Mr. Trump has championed many of their messages as his own, amplifying them back to his larger base.

This feedback loop is how #JobsNotMobs came to be. In less than two weeks, the three-word phrase expanded from corners of the right-wing internet onto some of the most prominent political stages in the country, days before the midterm elections.

The article includes a timeline of the origin of the term and where it has had the biggest influence online, with Twitter sources marked by blue circles, Reddit sources marked by orange circles and Facebook sources marked by yellow circles. In this diagram, it’s noted that a post from the Breitbart News Facebook page had a significant impact on the spread of the term, receiving 24,414 likes.

According to the Times‘ infographic, Breitbart News had a larger influence on the spread of #JobsNotMobs that other sources on Facebook and Reddit, and roughly equal to the largest of the Twitter influencers.

A screenshot of the chart can be seen below: 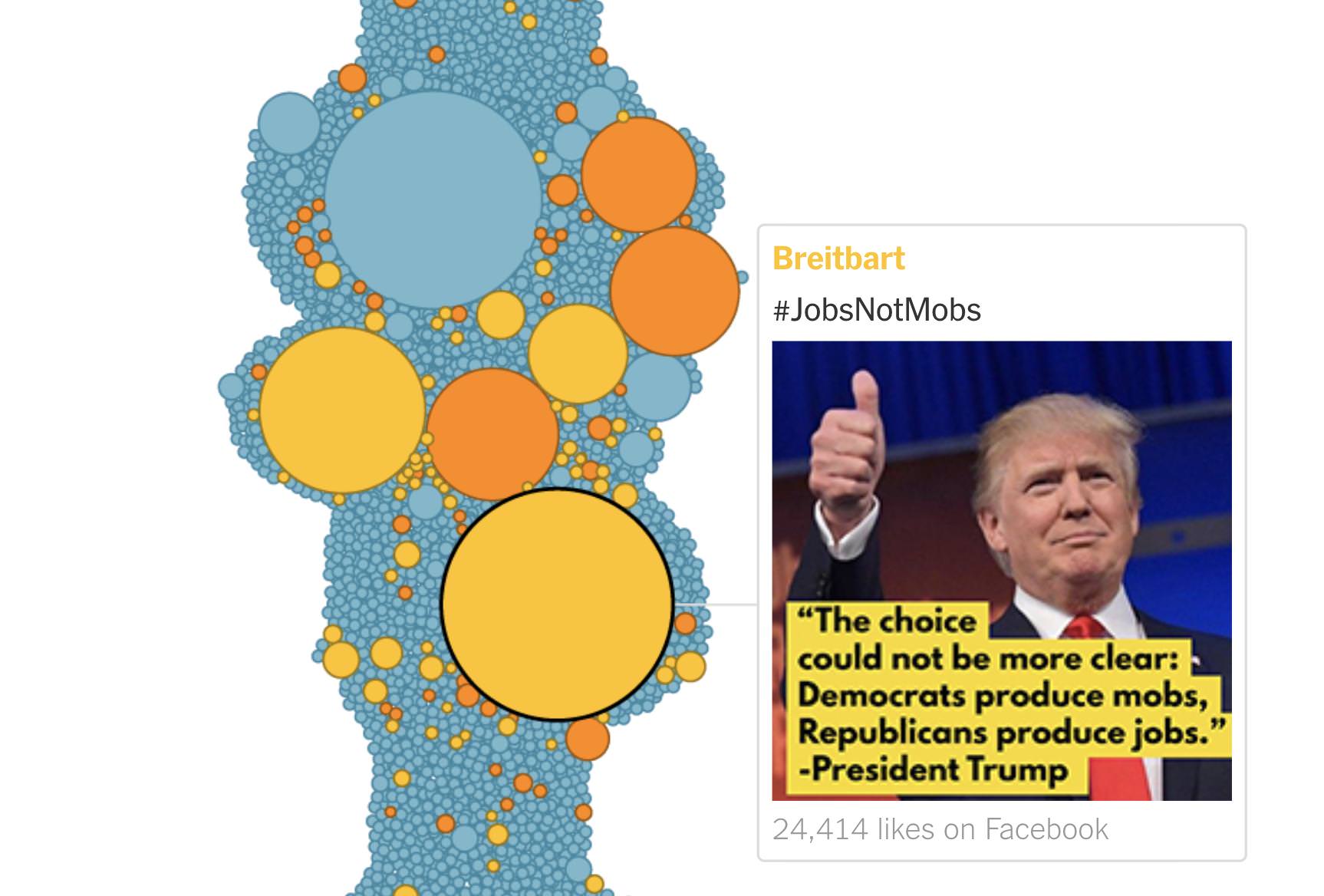 Read the full article on the rising popularity of the #JobsNotMobs slogan at the New York Times here.