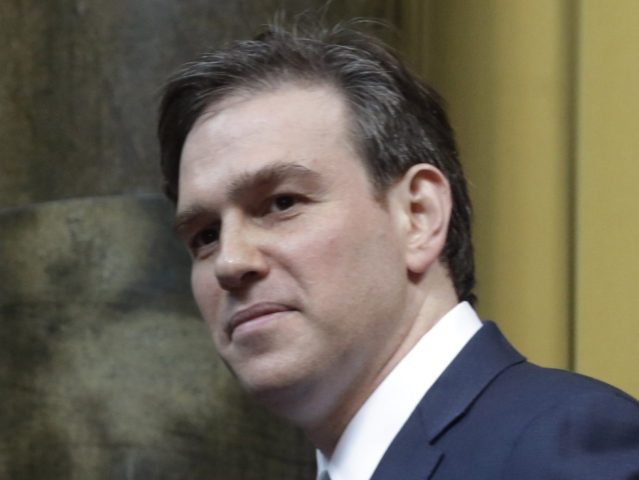 On the Trump Tower meeting with the Russians, President Donald Trump told the Associated Press, “My son’s a good young guy. He did what every other person in Congress would do if somebody came up to them and said, ‘Hey, I have information on your opponent.’ I don’t know of any politician. And I think I can speak for the people in this room that would have said, ‘Oh, gee, information on my opponent and it’s bad information?’ Name me a politician that would have turned that down. There is no such thing as that kind of a politician. So that’s what they heard. They heard it was about Hillary Clinton. They had a meeting, or he had a meeting with some people. The meeting became about a different subject, and they couldn’t get out of the meeting fast enough.”

Stephens said, “We’ve defined deviancy down with the Trump administration that we’re used to the court of King Donald, his sons and courtiers and so on. By the way, this is the same story with Saudi Arabia, when you put your son-in-law in charge of foreign policy with Saudi Arabia and then you catch moral laryngitis, as my colleague Frank Bruni put it, you shouldn’t be surprised. You know something, Ann Coulter did give the president one terrific piece of advice back in 2016. You can’t hire your family for important jobs like these. Because your son happens to be, not a young guy, he happens to be an idiot who wanted to collude with a foreign government to subvert an American election.”