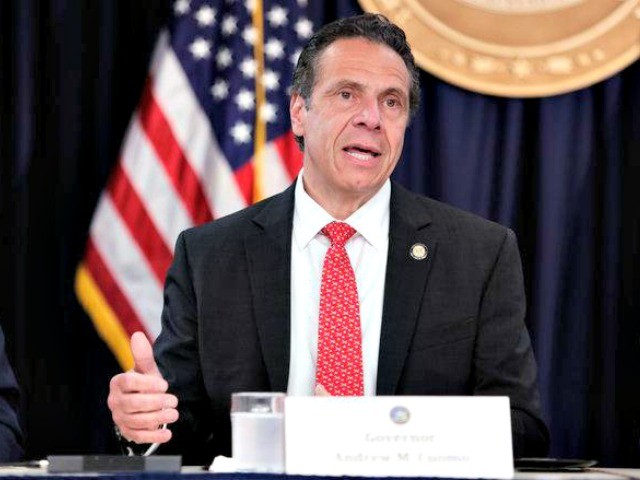 New York Gov. Andrew Cuomo is still refusing to debate his Republican opponent three weeks before Election Day, even though his challenger has already agreed to at least two debates before voters hit the polls.

Cuomo has mostly avoided the subject of debating his Republican challenger this election season, except for one comment Cuomo made in a September 25 interview on debating.

“Yeah, that’s something we have to talk about,” Cuomo said, according to Cuomo spokesperson Dani Lever.

Even though Cuomo has been skittish about debating his opponent, Republican gubernatorial candidate Marc Molinaro already agreed to two debates in the coming weeks.

Molinaro agreed to a televised debate on NY1 on October 24, and his spokesperson said the campaign also agreed to a debate sponsored by the League of Women Voters.

The Republican gubernatorial candidate called out Cuomo as a “political coward” for his tendency to duck debates.

“Andrew Cuomo is a political coward; he rails away at carefully orchestrated media appearances but cowers when it comes to debating his record against an actual challenger,” said Molinaro spokesman Bill O’Reilly.

Cuomo’s refusal to take on Molinaro has angered government watchdog groups and political figures on both sides of the aisle.

A spokeswoman for one government watchdog organization advocated for more transparency from Cuomo.

“The governor and his major opponents should duke it out in the public arena,” said Blair Horner, executive director of the New York Public Interest Research Group.

Former Sen. Al D’Amato, a Republican who is friendly to Cuomo, also knocked the governor for not appearing in debates.

“Politics aside, as a resident you want to see both candidates debate and compare them,” D’Amato said.

Even Democrats have criticized Cuomo for not appearing in debates.

“The opponent is not Donald Trump. The opponent in Marc Molinaro,” City Councilman Ruben Diaz Sr. (D-Bronx) told the New York Post. “Stop hiding! Show the people why you deserve a third term.”

Even though Cuomo has not yet agreed to debate his Republican challenger, he agreed to one debate against his primary opponent, Cynthia Nixon, before the state’s primary on September 13.