A six-year-old girl who went missing in 2019 was found alive on Monday when police discovered her hidden beneath the stairs of a New York home.

In 2019, the parents of then-4-year-old Paislee Shultis kidnapped her after losing custody to authorities in Cayuga Heights for unspecified reasons, according to the Daily Freeman, but on the day Paislee was to be taken, her parents – Kimberly Cooper and Kirk Shultis – abducted her. On Monday, police discovered her hidden under the stairs at her paternal grandfather’s home in upstate Saugerties.

“Detectives used a tool to remove several of the wooden steps, and that is when detectives saw a pair of tiny feet,” police said. 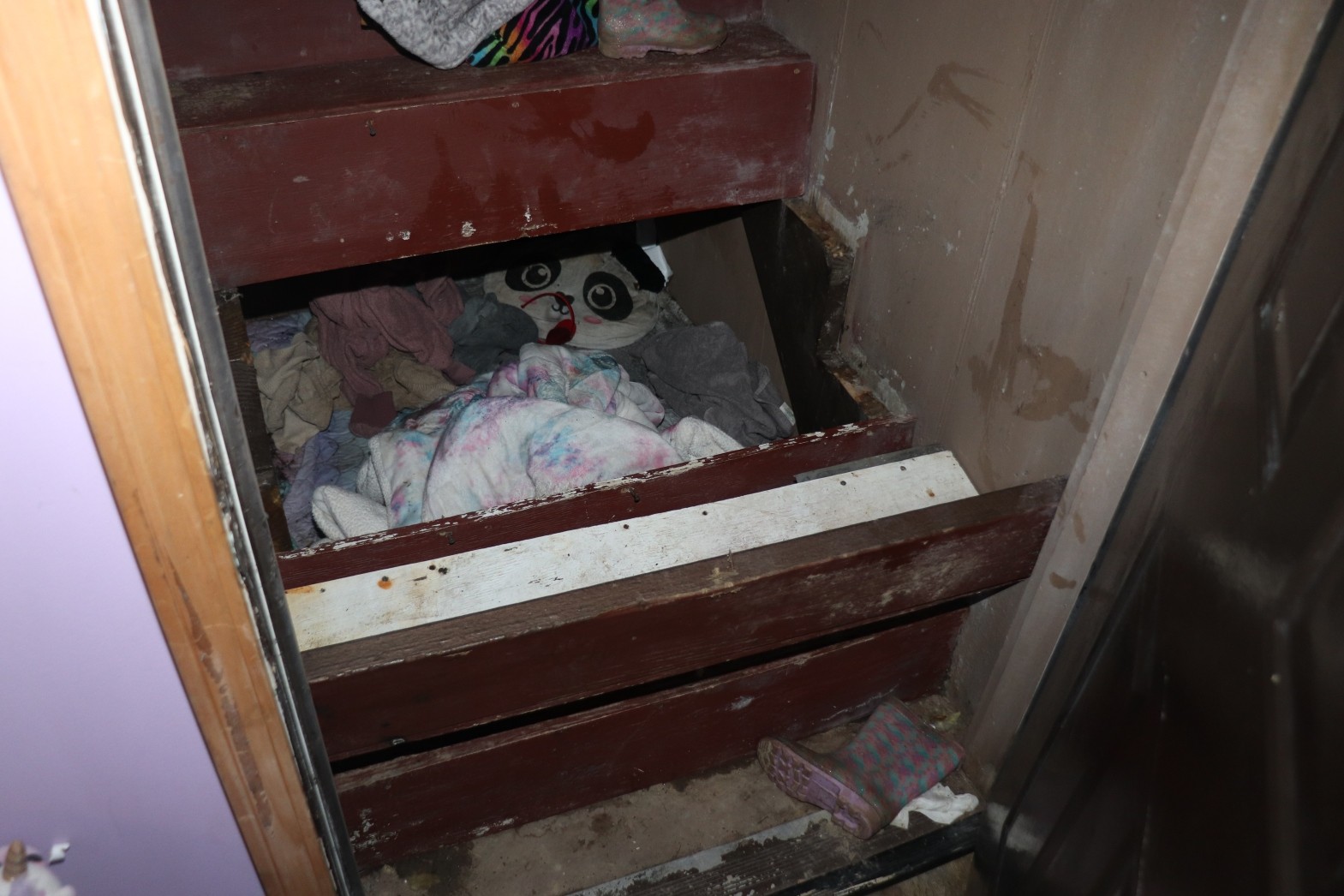 “After removing several more steps, the child and her abductor were discovered within,” police added.

Police said Paislee and her mother were found in “a makeshift room, under a closed staircase leading to the basement of the residence.”

Police were led to the home after being tipped off regarding the girl’s whereabouts, according to the New York Post. At the time of the abduction, Paislee’s parents were not charged by police, who had reportedly visited the home of her grandfather on several occasions.

“A number of times we would go there, and sometimes, we were met with resistance, and at other times, they’d say, ‘Oh, no, you can come in and look around. There’s nobody here. The child’s not here,’ ” Saugerties Police Chief Joseph Sinagra said.

“And our belief is that at times when we went into the residence, although we were given limited access, they were using this location to hide the child,” Sinagra added.

Paislee’s parents along with her grandfather were arrested and taken into custody on Monday and have been charged with custodial interference and child endangerment.

Though Paislee was deemed to be “well taken care of and in good health” by paramedics, Sinagra said her parents had not been educating her.

“The only problem is she hasn’t attended school, and they weren’t educating her at the house,” Sinagra said.