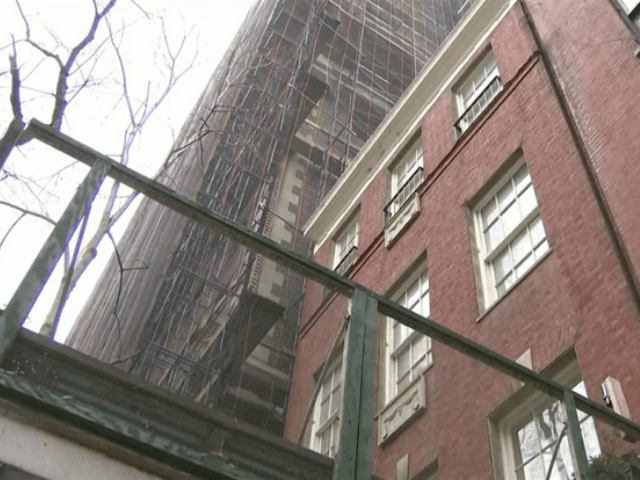 A New York City woman who works a housekeeper on the Upper East Side got trapped in an elevator Friday, and spent the entire weekend stuck there before crews rescued her, authorities said.

Marites Fortaliza, 53, got stuck between the second and third floors of the townhouse she worked in on Friday evening after the building’s owners left town, the New York Post reported.

Nobody noticed Fortaliza had been trapped in the elevator until a courier making a delivery to the residence on Monday morning discovered that no one was home.

The courier called the owners, who dispatched their daughter to check on things at the building. The daughter then discovered Fortaliza stuck in the broken down elevator around 10 a.m. and called 911.

Fortaliza is recovering at New York Presbyterian/Weill Cornell Medical Center and is in good condition.

CBS New York reported that the elevator had undergone an inspection in July 2018 with no apparent code violations.

Even though the townhouse’s elevator passed inspection that time, the city’s Department of Buildings had slapped the building with two code violations for failing to maintain its elevator— once in 1996 and again in 2008.

The Department of Buildings returned to the house Monday afternoon to check on the elevator, but the owners refused to let the inspector inside. The inspector then gave the owners a building violation for not allowing inspectors inside the home.

The Post reported that billionaire donor Warren Stephens and his family are the owners of the building.

A spokesperson for the Stephens family said Fortaliza worked for the family over the past 18 years.

“The Stephens family is relieved and thankful that she is doing well in the hospital,” the family spokesperson said in a statement.

“A Stephens family member accompanied her to the hospital this morning and remains at her side. The cause of this unfortunate incident is being investigated and appropriate measures will be taken to ensure that something like this never happens again,” the spokesperson added.