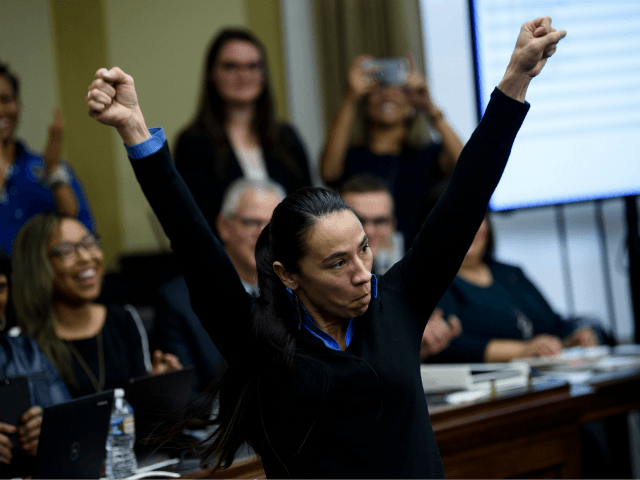 The partial government shutdown continues and leftist media organizations are tracking down sources to weigh in on its alleged devastating effects, including newly elected Rep. Sharice Davids (D-KS).

Taxpayer-funded National Public Radio (NPR) laid the table for Davids’ condemnation of the shutdown, brought about because Democrats refusal to appropriate the $5 billion President Donald Trump seeks to build a wall on the United States southern border with Mexico.

“For Indigenous communities, it’s been particularly crippling,” Fadel claimed. “Many rely heavily on federal government payouts owed to tribes based on treaties.”

“How is this shutdown affecting Indian country?” Fadel asked.

Davids, who is a Native American and a member of the Ho-Chunk Nation, blamed the shutdown for the death of a tribal member because a road could not be plowed to allow an emergency service vehicle to get to the ill individuals.

“Literally, lives are at stake because the federal government is not up and running in the way that it’s supposed to be,” Davids said.

Davids also said in the interview that she would not vote for legislation that includes funding for a border wall.

Davids and Rep. Deb Haaland (D-NM) are the first two Native American women elected to Congress, according to their campaigns.

This is not Davids first trip to the nation’s capital, however.

She was a fellow in the Barack Obama White House, according to her campaign website.