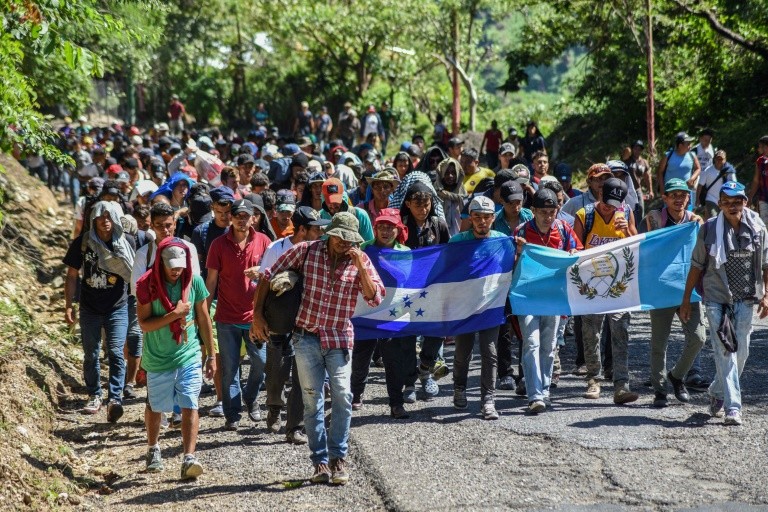 “We have to ensure that we have the resources, tools and people available on the ground so that our first line of defense — which is our U.S. border patrol — can do their jobs effectively,” stated Herrell. I completely support bringing in additional troops. Whatever it takes, because constitutionally, we have a responsibility to protect our land and borders. This really is becoming very concerning, especially as we see such violence and things that have happened in the past with people coming into the state and country illegally.”

“We have to look at the bigger picture,” Herrell remarked. “Look at our sovereignty being at risk. Look at the way we treat this invasion, because if this happens, I think this just opens the floodgates for additional people to come into this country illegally. At some point in time, this president [and] this Congress have got to address this issue.”

Herrell noted the taxpayer burden of dealing with the status quo of immigration.

“We are holding detainees in some of our county facilities, right now, which is a taxpayer burden,” stated Herrell. “We need to be looking at what this costs not only the state, but the nation, and how is it that we can continue to provide services [like] medical care and aid to all these people who are here illegally, when we have — I have constituents in this state — that are working two or three jobs just to be able to keep their insurance going and put food on the table for their children.”

She described the migrant caravan as an “insult” to those who immigrated legally.

“What an insult,” said Herrell. “It’s a slap in the face to those who want to come to this nation for the right reasons and go through the legal process, background checks [and] vetting. Now, anybody can just step over here, and what’s really disappointing is we have all these people coming here who are getting medical services [and] receiving services from our taxpayer dollars base.”

“I have to look a the bigger picture and see how many people we already have in our own state [and] in our nation that are in dire need of help,” declared Herrell. “Our veterans that are homeless. We have children that are hungry every day when they go to school. New Mexico has one of the highest impoverished populations as it relates to children. Half of our children, right now, are born into Medicaid [and] into poverty.

She concluded, “We have got to be thinking of how we can take care of Americans first. … It does make a mockery of our system. We need to strengthen our borders. … Let’s start enforcing our laws.”

“Obamacare is not working. Every person I’ve met, their premiums have gone up exponentially since implementation of the Affordable Care Act,” she said. “I think we need to pull the government out of this mess and allow free markets to dictate how we buy insurance. Let’s drive competition and push the prices down. Let the families [and] businesses determine who is the best physician for my family, who is the best policymaker, [and] what is the best premium.”

She warned of the consequences of a Democrat majority in the House.

“If you think the Kavanaugh hearings were gridlocked and a real disappointment for our entire judicial process and Senate hearing process, if we lose the House, everything stops and it will be probably hearing after hearing and accusation after accusation and all the momentum good we’ve seen in the economy will come to a screeching halt,” she said.