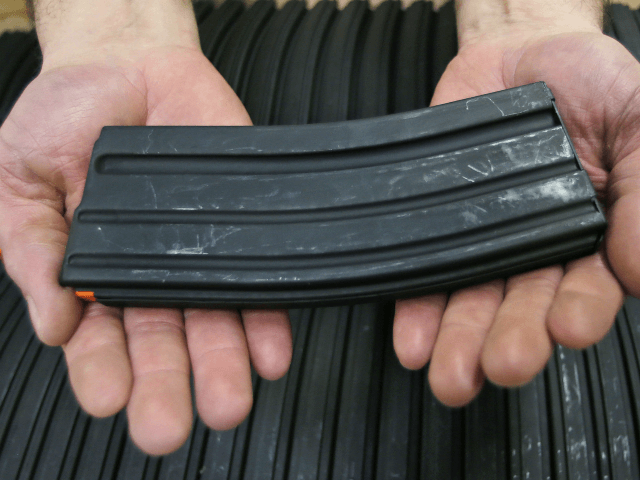 The possession of “high capacity” magazines will be a fourth degree felony in New Jersey beginning Tuesday morning.

Gov. Phil Murphy (D) signed the ban on magazines holding over 10 rounds in June, and it takes effect December 11.

When the clock strikes midnight Tuesday morning, anyone in New Jersey who owns a magazine capable of holding more than 10 rounds of ammunition is officially in possession of illegal contraband and is deemed a fourth-degree felon. Unlike previous magazine bans, this one retroactively bans people from even owning such magazines in their homes, even though they had been purchased legally.

Judge Stephanos Bibas, a Trump appointee, was the panel judge who voted against the ban. He argued that the ruling treats the Second Amendment as protecting second-class rights, unequal with other rights. He wrote, “The Second Amendment is an equal part of the Bill of Rights. We must treat the right to keep and bear arms like other enumerated rights, as the Supreme Court insisted in Heller. We may not water it down and balance it away based on our own sense of wise policy.”

On a practical note, “high capacity” magazines are not the key element to mass public attacks in America. Rather, the key element is time. Attackers target gun free zones and this gives them time to carry out their evil machinations at their leisure. It creates a scenario where an attacker can pause and reload as much as he likes. Breitbart News reported that the Parkland shooter paused five times to reload during his attack, but unarmed teachers and staff were powerless to intervene.