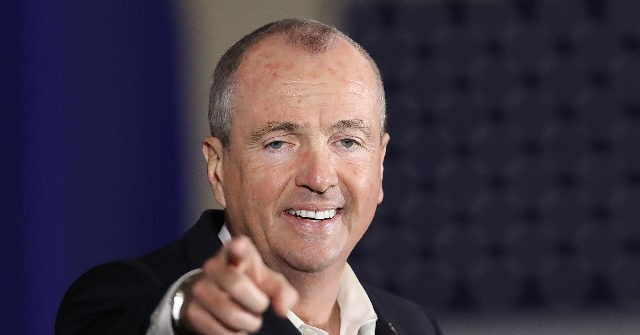 New Jersey Gov. Phil Murphy (D) is using the left’s outrage over Georgia’s voter integrity law as an opportunity to tempt Hollywood studios away from the Peach State, touting his own state’s tax credits for movie and TV productions.

In a letter to studios obtained by the Wall Street Journal, Gov. Phil Murphy described Georgia’s new law as “un-American” and an attempt to restrict voting access.

“I’ve watched the recent decisions coming from the Georgia State House with disappointment. Restricting the right to vote is more than just wrong, it’s un-American,” he wrote.

“These voting restrictions have thrust Georgia into the national spotlight, with the vast majority seeing the State’s decision as an attack on people of color by a Governor and Legislature willing to do anything to stay in power.”

He also promoted New Jersey’s 30 percent tax credit on film projects, which is roughly equivalent to Georgia’s tax incentives. The governor also highlighted a 40 percent subsidy for any brick-and-mortar studio development in the state.

“One thing is clear: when it comes to social policies, corporate responsibility, and — not to be overlooked — economic opportunity, New Jersey is now a top contender for your business,” he wrote.

A spokesperson for Georgia Gov. Brian Kemp (R) noted to the Journal that Georgia has a minimum of 17 early voting days, while New Jersey only has nine.

Georgia is Hollywood’s top destination for movie and TV shoots thanks to generous tax incentives. The state has built enormous production infrastructure to support the entertainment industry, including thousands of highly skilled personnel who depend on local shoots for employment.

Last week, Georgia Gov. Brian Kemp (R) signed into law Senate Bill 202, which is intended to combat voter fraud by implementing identification requirements and limiting ballot drop boxes throughout the state. The new law also gives the Georgia State Elections Board the power to take over county election boards in areas that may require oversight.

Democrats and their allies in the mainstream media have sought to pressure corporations into condemning the law. Companies that have acquiesced to the left’s demands include Delta Air Lines, Coca-Cola, and ViacomCBS.

Some in Hollywood are even promoting a boycott of the state. Ford v. Ferrari director James Mangold recently declared that he will not direct a movie in Georgia, while Star Wars actor Mark Hamill followed suit, using the hashtag #NoMoreFilmingInGeogia.