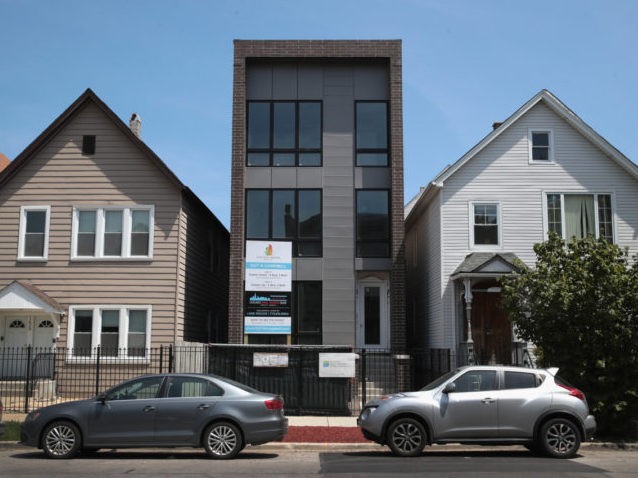 Sales of newly built homes surged much higher than expected in November.

New-home sales jumped 16.9% from a month earlier to a seasonally adjusted annual rate of 657,000, the Commerce Department said Thursday.

Economists surveyed by Econoday had expected sales to come in at 560,000.

The previous three months were revised up as well, indicating that home sales were on a stronger footing in final months of 2018 than previously thought.

Thursday’s report was due out in late December but was delayed because of the partial government shutdown. December home sales figures are expected soon but the Commerce Department has not yet fixed a date.

New home sales are a small slice of the housing market but they punch above their weight class when it comes to economic activity. Home construction employs a lot of workers of various skills and new homes get outfitted with new appliances, driving up demand for durable goods.

Despite the November gains, sales of new homes were down 7.7% compared to a year earlier. That is partly due to the fact that last November was a very strong month for new home sales. But it also reflects the fact that interest rates on mortgages were up by around 1 percentage point to nearly 5 percent from last year to November. Rates have since declined by nearly half a percentage point.

And the year over year decline masks the fact that sales in the first 11 months of 2018 were 2.7% higher than in 2017. That’s a slowdown from earlier gains but it suggests the market for new homes continues to expand. November was the fastest rate of sales in eight months, suggesting the deceleration could have run its course.