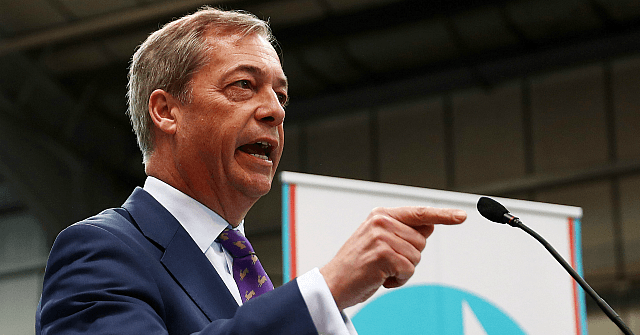 Brexit Party leader and MEP Nigel Farage has called the nominations for the new heads of European Union institutions a “Franco-German” set-up.

Speaking to Sky News on the bloc’s nominations, Mr Farage said: “It’s a classic Franco-German stitch-up. The French and Germans have all the top jobs, with one lobbed in for Belgium, so nothing really changes.”

“The south of Europe has been completely shut out of everything, so what they’ve done is decide that an Italian socialist [David-Maria] Sassoli will be the next president of the European Parliament.

“In theory, behind me, we’re voting at the moment, but it’s already been decided. That’s how it works. It’s a sop to the south because the old Franco-German pact is still dominating the whole thing.”

Mr Farage echoed the sentiments of fellow Brexit Party MEP John Longworth, who told Breitbart London on Tuesday: “Why should someone no one ever heard of, with few significant achievements, be appointed in charge of the European Commission, an unelected organisation with the sole right to initiate EU law? Another classic EU stitch-up.”

Finnish Green MEP Heidi Hautala called it an insult to the parliament, saying that the Council had put “an abrupt end” to political groups finding a consensus on choosing their own candidate to lead the parliament for the next two and a half years.

“Many feel critical of the political deal that has been done over the parliament, and we’ll certainly need more rounds [of voting] to come up with a final result,” Ms Hautala told Sky News, adding: “There is a lot of scepticism around the choices that have been made… Why should it be a package done over the heads of the parliament? That is the question.”

“This decision allows us not to divide Europe, either politically or geographically,” he added.