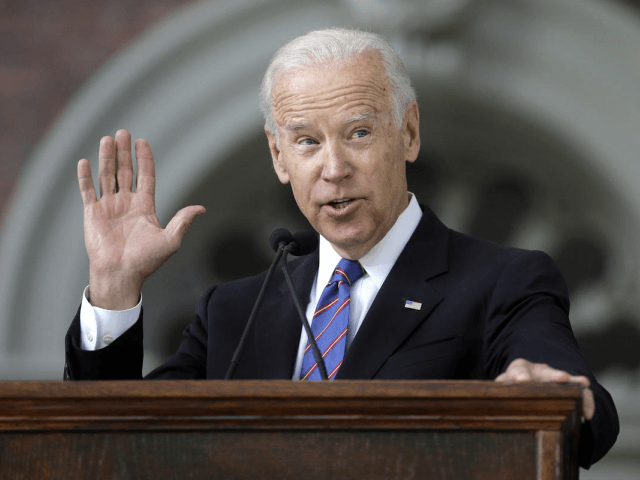 A group of Never Trump activists will soon poll-test a third-party establishment challenge to President Donald Trump and the Democratic candidate in 2020.

The polling promise came from GOP-aligned activist and establishment lobbyist Juleanna Glover, who told a day-long meeting of anti-Trumpers that the “path to 270 [electoral votes] might not be that hard.”

Glover says she wants to persuade former Vice President Joe Biden to pick GOP Sen. Mitt Romney as his Vice President and running mate. The two would run on a one-term unity party ticket with a promise to address the nation’s growing variety of deep problems, and they could pull enough votes from both parties to earn a less-than-5o-percent win in many states, she said.

The dramatic proposal is needed, she said, because Trump’s populist faction dominates the GOP. “This is Trump’s toy now … I don’t see a path to reclaim it,” she said. “I have no hope” that Trump’s GOP will welcome be a home for people with college degrees or master’s degrees,” she said.

The Democrats cannot be trusted to nominate a candidate who can beat Trump, she said, adding “the system is broken … I think we should break it further. We should destroy the two-party system.”

The event was held by the Niskanen Center, a libertarian, business-funded advocacy group. The event was titled “Starting Over: The Center-Right After Trump.”

I know: It sounds crazy. But the narrow path to electing Biden as the first president outside the two-party system in 168 years is more navigable than most think. Just look at the numbers. A historic high of 61percent of Americans would like to see a third-party bid, according to Gallup. Trump’s approval rating is holding steady below 50 percent. The Democratic Party seems to be drifting inexorably leftward, suggesting an opening in the center.

Juleanna Glover has worked as an adviser for several Republican politicians, including George W. Bush, Dick Cheney and Rudy Giuliani and advised the presidential campaigns of John McCain and Jeb Bush. She is on the Biden Institute Policy Advisory Board.

The NeverTrump conference largely ignored one option for the GOP’s establishment wing — offering policy compromises with the party’s blue collar and white collar voters. For example, the event did not include any business leaders whose high-immigration, low-wage agenda drove the GOP establishment into a ditch when outsider Donald Trump won the 2016 election.