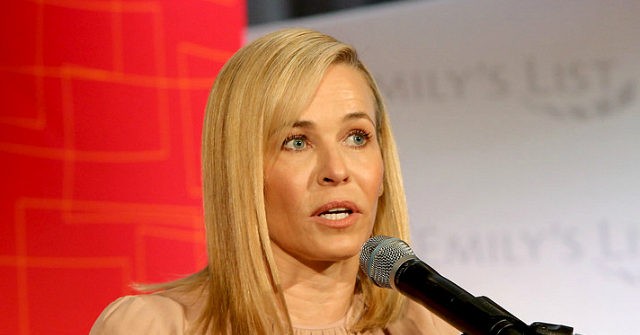 In 2017, Netflix removed dozens of episodes of Chelsea — one in a lengthening line of failed talk shows on the platform.

The disappearance of those episodes was brought into focus when The New York Times published an article titled Netflix Has a Talk Show Problem. According to the streaming giant, this represents “the only instance of the company’s having scrubbed content that it owned and created.”

And while Netflix maintains that it was done to provide “an easy way for viewers to catch up before the new episodes launched,” political comedian and No Things Considered podcast host Tim Young is not buying it. As admitted by the company, no other original programming has ever been scrubbed for that (or any other) reason.

“The far-left rules what is politically correct and what is allowed constantly shifts for them, to show just how woke they are,” Young told Fox News. “Handler pushed the envelope to be funny at times, and Netflix may just be trying to cover up her old material to be in line with how woke they want to portray themselves as.”

According to Young, things that were not widely perceived as offensive in 2016 are vulnerable to causing problems years later. By scrubbing old content, he theorizes that Netflix is trying to avoid any potential future controversy. It is important to note, however, that Young’s allegations are not supported by any conclusive evidence.

Handler’s comedy career has shifted hard into political spheres. These days she is best known for her mockery of the Trump administration.

Handler even advocated for a U.S. military coup in 2017. She did, however, take a break from her righteous fury long enough to excuse former Vice President Joe Biden’s inappropriate conduct with women. And she is nothing if not an ardent fan of Special Counsel Robert Mueller.

At least whoever she was mocking in 2016 has been retroactively spared.