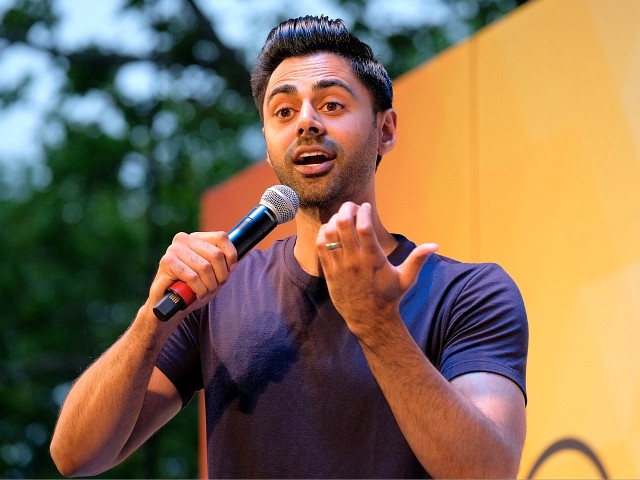 Netflix host and stand-up comedian Hasan Minhaj said that Asians opposed to affirmative action are the “worst kind” of Americans in the debut of his topical Netflix show, Patriot Act with Hasan Minhaj.

Minhaj broke down the argument over affirmative action amidst a Harvard University case about alleged discrimination against Asian Americans.

The Indian-American comedian laughed at the idea that Asian Americans would want to launch a fight against affirmative action.

“Now Asians — and I am lumping all of us together right now — I find it hilarious that this is the hill we’re willing to die on,” Minhaj said. “Our entire lives we get shat on — oh, you guys have small dicks; you’re bad drivers; you’re the color of poop; you smell like curry and kimchi. Nothing. We say nothing. The moment we can’t get into Harvard, we’re like, ‘I’ll see you in court, motherfucker!’”

The comedian noted that despite Asians comprising 5.8 percent of the American population, they amount to 22.2 percent of Harvard’s admitted class last year.

Minhaj joked, “We are straight dunking on every other minority group, but in classic Asian-parent fashion we’re like, ‘Twenty-two percent? Why not 100 percent?’”

The Netflix host then contended that the plaintiffs in the anti-affirmative action case continue to propagate anti-minority stereotypes to further Asian-Americans’ admission into America’s elite institutions.

“Make no mistake. I am not ripping on an Indian uncle’s accent. I am ripping on uncles in our own community who lack self-awareness and propagate anti-black and anti-brown rhetoric just so Asians can get ahead,” Minhaj said.

Minhaj noted that the Department of Justice backed the lawsuit against Harvard’s alleged discriminatory admissions practices and that with the addition of Brett Kavanaugh to the Supreme Court, “the chances of affirmative action getting struck down are very high.”

Minhaj concluded his monologue into the issue of affirmative action, chastising Asian Americans who insist a more fair admissions process by calling them the “worst kind” of Americans.

“For those in the Asian community who keep insisting, ‘We just want equality; we’re American citizens; treat us like Americans, fine,” Minhaj said.

Minhaj concluded, “But if you are willing to act like racism isn’t a thing, team up with lawyers and then take it to the courts when you don’t get your way, you’re right. You truly are an American. You just happen to be the worst kind.”