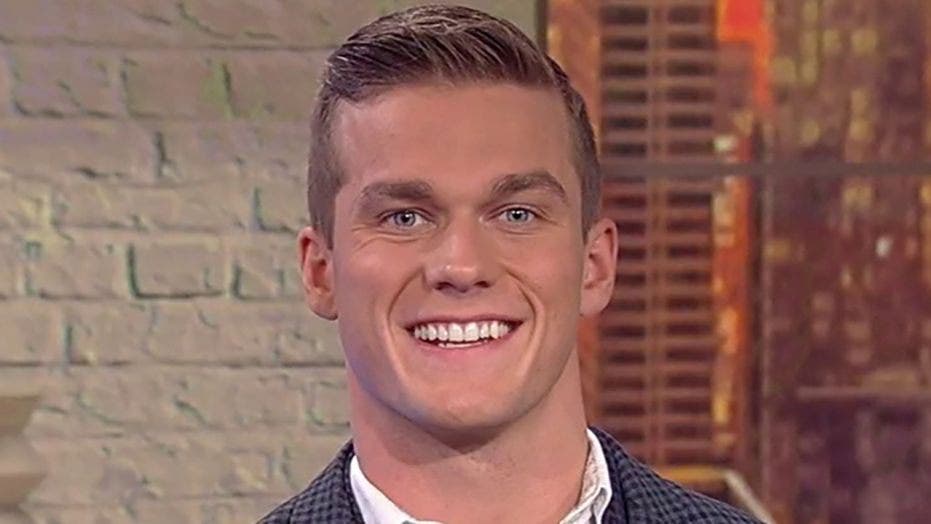 GOP congressional candidate for North Carolina Madison Cawthorn, who could become the youngest person ever elected to Congress, shares the reaction he got to his RNC speech with Fox News’ Jesse Watters.

A western North Carolina congressional race that once was a Republican stronghold may be tighter than expected, as millions of dollars in campaign funding pour in during the third quarter.

Cawthorn so far has raised $2.8 million for his campaign, according to reports released last week. His Democratic opponent, Moe Davis, raised $1.5 million. Combined, it’s the most in campaign funding the 11th District has seen in over a decade, according to the Charlotte News & Observer.

GOP NORTH CAROLINA CONGRESSIONAL CANDIDATE ON HIS HOME BEING VANDALIZED: ‘NO SURPRISE’

“Voters are embracing Madison’s positive and patriotic message that celebrates freedom and opportunity, and rejecting Moe Davis’ violent and vitriolic partisanship,” he added.

But the increased campaign dollars may also signal Cawthorn isn’t a shoo-in for the seat vacated by Mark Meadows.

The district once considered a Republican stronghold was redrawn in 2019 to include all or part of 17 counties in the western part of the state, as well as the liberal-leaning city of Asheville. Still, 57% of residents living within the updated map voted for Trump in 2016, the newspaper reported.

RNC SPEAKERS: WHAT TO KNOW ABOUT MADISON CAWTHORN

This month The Cook Political Report, a nonpartisan online newsletter forecasting election results, changed the 11th District’s rating from “likely Republican” to “leaning Republican,” given how competitive the race has become and the addition of out-of-state funding.

Hart said the campaign’s “internal poll numbers clearly show Madison in the lead we expect this to be a close election. Davis’ claim to be in the lead is wishful thinking. Davis’ weak fundraising tally suggests national Democrats believe our polling numbers, not his.”

Cawthorn, a 25-year-old real estate investor, would be the youngest person to serve in Congress if elected. He raised $2.1 million for his campaign alone in the third quarter after his standout performance at the RNC notably resonated with younger voters. His story about surviving a near-fatal car crash, which left him wheelchair-bound, also has been a focal point of his campaign.

Hart said Cawthorn is “proud of the support he has received in NC-11 and across the country,” and “Americans trust him to fight for our future and oppose his opponent’s dark agenda that would extinguish the lights in our shining city on a hill.”

Viv Bernstein, communications director for Moe Davis for Congress, told Fox News: “Although outside SuperPACs are spending hundreds of thousands on Madison Cawthorn, we are focused on spreading our message about Col. Davis’s experience including 25 years of service in the military, and his decision to take on the Bush Administration over torture and Obama Administration on free speech rights showing he consistently puts country over party.”

The Democratic Congressional Campaign Committee also did not contribute to Davis’s campaign in the third quarter, but Bernstein said the committee “signaled its support with a $95,000 spend on ads” on his behalf.

The race is not free from controversy, as Davis, a retired U.S. Air Force colonel, received criticism for aggressive and profanity-ridden tweets, including one that read: “When @NCGOP extremists go low, we stomp their scrawny pasty necks with our heels and once you hear the sound of a crisp snap you grind your heel hard and twist it slowly side to side for good measure.”

Meanwhile, Cawthorn, who is engaged to a biracial woman, denied accusations he supports white supremacy after an old Instagram resurfaced showing him visiting Adolf Hitler’s former mountain home. According to reports in Asheville’s Citizen-Times, several women also accused Cawthorn of unwanted sexual behavior in high school, but the candidate responded that while he unsuccessfully tried to kiss girls as a teenager, “there’s a large difference between a failed attempt and sexual assault.”

Questions remain over Cawthorn’s record, as he claimed he was nominated to the U.S. Naval Academy but his near-fatal car accident got in the way of his plans. In a 2017 deposition though, Cawthorn stated he was rejected from the school before his accident, the News & Observer reported.

Bernstein said, “The only thing Madison Cawthorn is really good at is saying things that aren’t true.”

“Once voters see the truth about Cawthorn – his history of lying about plans to go to the Naval Academy, which rejected him, and his refusal to take safety precautions seriously because he believes COVID-19 is nothing more than the seasonal flu – they are overwhelmingly breaking for Colonel Moe Davis (USAF, Ret.),” she said.