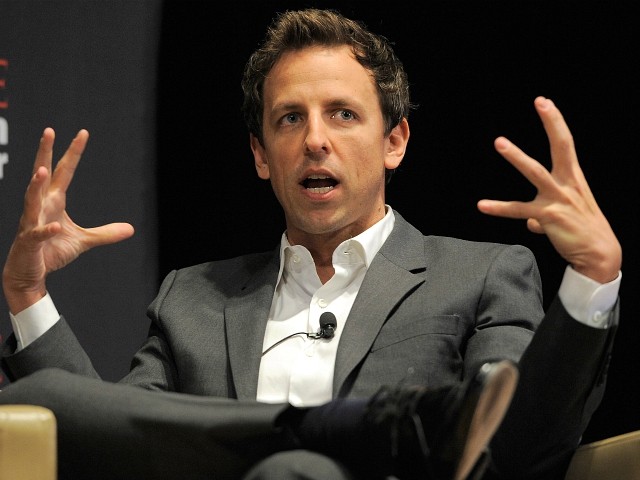 Seth Meyers slammed the New York Times in a monologue Thursday, criticizing the Gray Lady for running Sen. Cotton’s “fascist” op-ed article in which the politician called for military action to quell the race-driven rioting and looting that has devastated numerous American cities in recent days.

“What are you guys doing? Our democracy is on a precipice and you decide to give it a push? Just because it’s a terrible opinion doesn’t mean it deserves to be on the New York Times‘s op-ed page,” the comedian said.

Meyers also mocked the Times‘ opinion pages editor James Bennet for defending the article. Bennet has argued that it is important for different points of view to be presented in the opinion pages so that the public can debate them.

“Wait, so your argument is you had to print a bad column in your newspaper so everyone knows its bad?” Meyers quipped. “I mean, the logic makes no sense! If  you go to a five star restaurant, the chef doesn’t serve you Arby’s first just to make sure you know what it tastes like.”

Meyers added: “You’re  not legally obligated to run fascist calls for military occupation in your newspaper.”

Sen. Cotton’s article  triggered a massive insurrection within the Times, with numerous reporters denouncing the article, claiming that it will endanger the lives of black journalists.

Their pressure campaign appears to have succeeded. On late Thursday, the Times caved in a statement saying that a “rushed editorial process” led to the publishing of Sen. Cotton’s article.