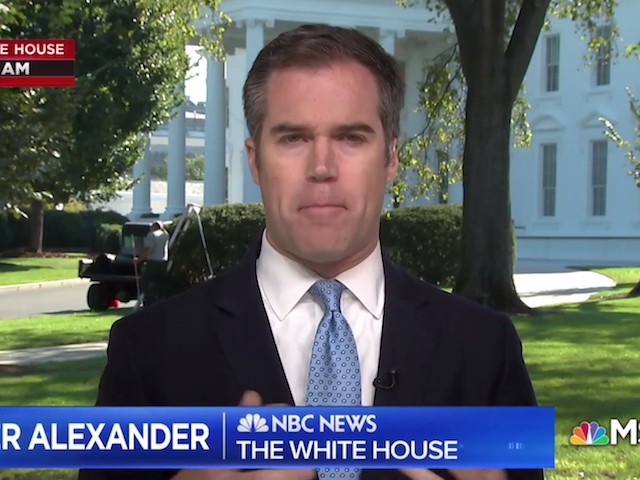 Kasie Hunt asked, “Peter, can I ask you also about his using the word nationalist, saying, you know, out loud, I am a nationalist? How does the president kind of conceive of that term? Because it doesn’t, in many ways, have racial undertones.”

Alexander said, “Yeah, it definitely does. I mean, undertones that are not just racial but xenophobic. This is something that the president has shied away from in the past. Obviously nationalism was a phrase that Steve Bannon obviously embraced over the course of the campaign and a lot of the president’s opponents tried to pin this idea on him, that he was someone that was putting sort of America first but not in a good way, in ways he was trying to put cultural identities of Americans ahead of the identity of other foreigners, this sort of xenophobic idea.”

He added, “It gets the idea of what those people in some of these red parts of the country have embraced, this idea of us versus them. The president is clearly siding with the U.S. in the eyes of the people that surround him at these rallies.”