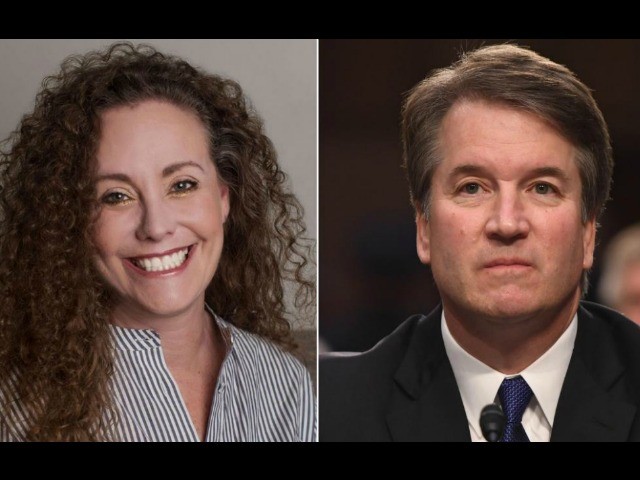 SNOW: I would say yes, because, there are, just to be clear, things that she said to me that differ from her initial statement, which was a sworn statement from last week submitted to the [Senate] Judiciary Committee. That in many people’s minds raises a credibility question. Republicans have repeatedly raised that she’s been involved in lawsuits and some other things that they say question her credibility. The interview itself, again if you watch the whole thing, you’ll see even her description of how and why she came forward and when is a little unclear. It’s a little bit hazy. There were moments in the interview, if you watch it, I think you’ll see that she seems a little unsure.

MELVIN: So, her motivations for coming forward for right now, we don’t know precisely what those are?

SNOW: Well, she says she wants to be interviewed by the FBI. To tell her side of it, she has a story to tell and she says she wants it heard. She doesn’t see why her lawyer, Michael Avenatti, they don’t see why the FBI wouldn’t talk to her because as Avenatti said to me, ‘if she’s telling the truth, the FBI is going to see that and if she’s lying, the FBI will see that.’ What are they scared of was his point of view.

MELVIN: How did she explain the differences between what she said to you and the claims she made in that sworn statement?

SNOW: I think she would say she’s just being more descriptive now. For example, the punch, everybody’s heard this notion that the punch was spiked at these parties. In her statement last week, she said that she had heard this, that Mark Judge and Brett Kavanaugh, Mark Judge his friend, were spiking the punch. In my interview with her, she didn’t go that far. She said ‘well, I saw them around the punch bowl’ and I asked her directly, ‘did you see Brett Kavanaugh spike the punch and try to get girls drunk or put quaaludes in the punch and she said ‘no, I never saw that.’ So, there’s a discrepancy between the two things.