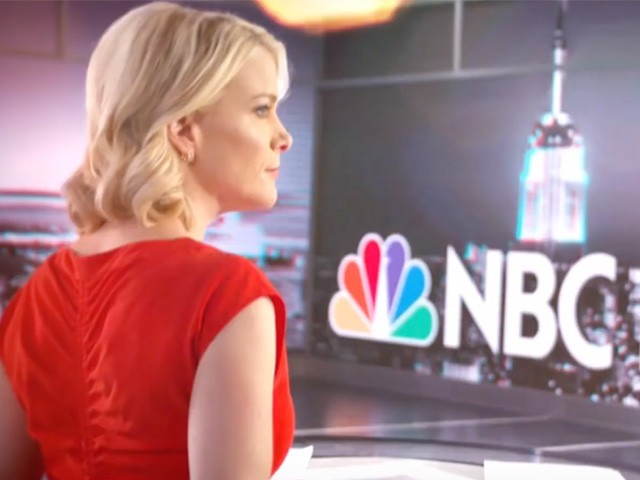 NBC took Megyn Kelly off the air on Thursday, the day after she apologized for her blackface remarks, as the network is reportedly on the verge of canceling her morning show.

Megyn Kelly Today viewers on Thursday morning were shown a “previously recorded” episode in which Kelly greeted the 9 a.m. audience in the opening moments by saying, “Happy Friday.”

CNN reported on Thursday morning that “Kelly’s show will be ending” and she is “unlikely” to return because “negotiations about the end date and other details are still underway.” Variety reported that Kelly and NBC had been discussing other roles for her at the network.

Kelly’s blackface comments earlier in the week that even her co-workers publicly declared were “ignorant” and “indefensible” seem to have been the last straw.

On her Tuesday show, Kelly wondered “what is racist” about putting on blackface for Halloween.

“But what is racist?” Kelly asked. “Because you do get in trouble if you are a white person who puts on blackface on Halloween, or a black person who puts on whiteface for Halloween. Back when I was a kid that was OK, as long as you were dressing up as, like, a character.”

Kelly also wondered why some people were upset that Luann de Lesseps of The Real Housewives of New York “made her skin darker than it really is” to dress up as Diana Ross.

“There was a controversy on The Real Housewives of New York with Luann, and she dressed as Diana Ross, and she made her skin look darker than it really is and people said that that was racist,” Kelly said. “And I don’t know, I felt like who doesn’t love Diana Ross? She wants to look like Diana Ross for one day. I don’t know how, like, that got racist on Halloween.”

After being thrashed for her remarks and taken to the woodshed on social media, Kelly apologized to her colleagues in an email, saying she now realized that “the history of blackface in our culture is abhorrent, the wounds too deep.”

Kelly signed a three-year deal worth $69 million last year with NBC after she preened to the mainstream media elite while she was at Fox News during 2016 campaign season by trying to kneecap Trump while embracing Never Trumpers. After Matt Lauer’s departure, Kelly is reportedly the network’s highest paid talent.

Kelly’s colleagues promptly blasted her hours after she displayed her ignorance on a show that needs black female viewers for ratings and advertising revenue.

Melvin said Kelly’s statement was “ignorant and racist” in addition to being “stupid” and “indefensible.”

Roker talked about blackface’s historical implications and said Kelly owes “a bigger apology to folks of color around the country.”

“While she apologized to the staff, she owes a bigger apology to folks of color around the country because this is a history going back to the 1830s. Minstrel shows to demean and denigrate a race wasn’t right,” Roker continued. “I’m old enough to have lived through Amos and Andy, where you had white people in black face playing black characters, magnifying the worst stereotypes about black people and that’s what the big problem is… It goes back to the 1930s when Warner Oland played Charlie Chan. It’s not right.”

Kelly opened her Wednesday show by saying: “I want to begin with two words: I’m sorry.”

“One of the great parts of sitting in this chair each day is getting to discuss different points of view. Sometimes I talk and sometimes I listen. And yesterday I learned,” Kelly said. “I learned that given the history of blackface being used in awful ways by racists in this country it is not okay for that to be part of any costume, Halloween or otherwise.”

But when she insisted that she has “never been a PC kind of person,” many felt that her apology was disingenuous and exposed her again as a phony.

“I assume all of you by now have seen the remarks that (Megyn Kelly) made on her show yesterday about Halloween and blackface. There is no other way to put this but I condemn those remarks, there is no place on our air or in this workplace for them. Very unfortunate,” Lack reportedly said.

Kelly seemed in over her head as soon as she got to NBC. Her Sunday evening newsmagazine show, Sunday Night with Megyn Kelly, immediately flopped as it could not even get more viewers than reruns of 60 Minutes and America’s Funniest Home Videos.

Viewers and critics mocked Kelly for lobbing softballs at Russian President Vladimir Putin, and she was ridiculed for not knowing that India’s Prime Minister Narendra Modi, who had long been heralded as someone who used Twitter to get elected before even Trump’s rise, had a Twitter account. She faced criticism from the families of Sandy Hook victims for giving Alex Jones, who claimed Sandy Hook had some crisis actors, a platform on her show.

Kelly also told Jones that she was a “combination of Mike Wallace, Oprah Winfrey and Larry the Cable Guy.” As more of her newsmagazine shows aired, those comments made Kelly look downright delusional.

Her show was ignominiously pulled two episodes before its initial run was scheduled to conclude and has not seen the light of day since, as NBC thoughtfully did not allow Kelly to further embarrass herself on primetime on Sunday evenings.

Just like Osweiler went from “the penthouse to the outhouse” when all of his deficiencies were exposed in Houston, one television executive, in an interview with CNN right after Kelly went to NBC, warned that if Kelly fails at NBC, she could end up “fading into obscurity.”