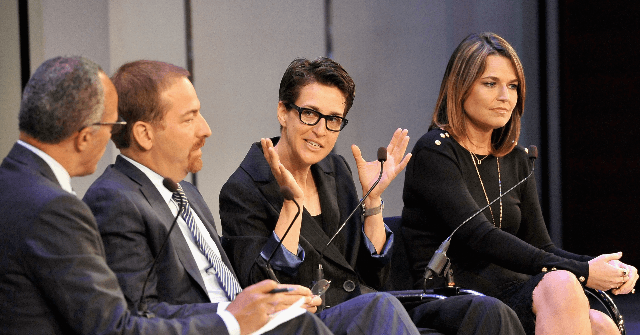 NBC has announced the moderators for the first two Democrat presidential primary debates, which are set to take place in Miami, Florida, on June 26–27.

The debates will run from 9–11 p.m. ET and take place at the Adrienne Arsht Center for the Performing Arts both nights.

According to reports, Holt will moderate the entire time both nights. Guthrie and Diaz-Balart will moderate with him for the first hour and switch out with Maddow and Todd for the second hour.

While there are 24 candidates vying for the nomination, the Democratic National Committee (DNC) stated that it would not allow more than 20 candidates to participate. In order to qualify for the debates, candidates must poll over one percent in three polls approved by the DNC or reach 65,000 donors, with 200 donors in 20 different states, at least.

Huge news: Over the weekend, we crossed 65,000 donors to our campaign—guaranteeing our spot at the first debates!

I’m so grateful to everyone who’s helping power this campaign. We have a lot more work to do in the months to come, but for now: Thank you. pic.twitter.com/HpRlTptkUI

The qualifying candidates will split, with ten taking the stage each night.