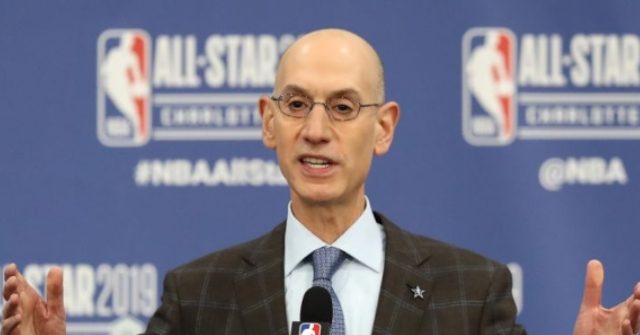 Several NBA teams are considering moving away from the title “team owner,” because some are uncomfortable using the term in a majority black league.

Last year, the topic was raised on LeBron James’ talk show, The Shop, where Warriors forward Draymond Green bristled at the term.

“You shouldn’t say owner,” Green said at the time. Green added that owners should be called CEOs or majority shareholder, or some other term because it was insensitive to say a white man owns the labor of black men.

Since then, at least two teams have moved away from “owner.”

Steve Ballmer, owner of the Los Angeles Clippers, is now called the “Chairman” of the team instead of the owner. And the Philadelphia 76ers now have “managing partners” instead of owners. Co-owners are called “limited partners.”

The league itself has also apparently changed its term for team owners. A note from the league informed TMZ that owners are called “governors” in official league meetings. And the NBA calls the collective owners its “board of governors.”

The change is not yet universal in the NBA, though. The Golden State Warriors’ Joe Lacob, for instance, is still listed as “owner.”