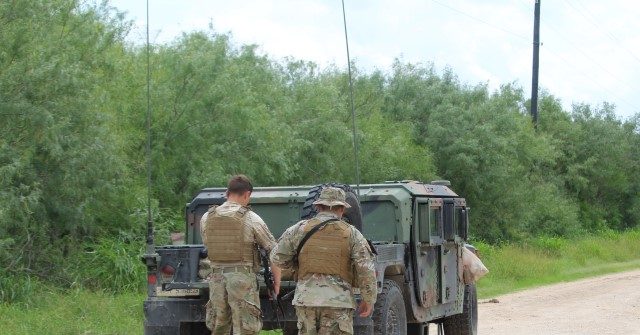 An Army National Guardsman will spend more than four years in prison for using his position to traffic loads of cocaine from Mexico into Texas.

This week, 28-year-old Jonathan Zarazua went before U.S. District Judge Fernando Rodriguez Jr. in Brownsville and received four years and two months in prison. During the hearing, Rodriguez noted the national guardsman was responsible for numerous smuggling events. Zarazua pleaded guilty to a federal charge of possession with intent to distribute cocaine on January 13.

The case began on September 11, 2021, when Zarazua drove into an inspection lane at the B&M International Bridge in Brownsville. A U.S. Customs and Border Protection officer questioned him about his trip in Mexico and he replied that he was visiting his father in Matamoros, the U.S. Attorney’s Office revealed.

The CBP officer sent Zarazua to a secondary inspection area where authorities used X-ray scanning to find a hidden compartment in the vehicle’s center console. Authorities found 14.6 pounds of cocaine.

Federal prosecutors revealed that at the time of his arrest, Zarazua was in the Army National Guard as a Petroleum Supply Specialist, and before that, an active duty soldier from 2016 to 2020.

Authorities said that Zarazua claimed to have smuggled drugs at least 30 times and he was recruited because his military status would get him preferential treatment at ports of entry.

Luisana Moreno is a contributing writer for Breitbart Texas.