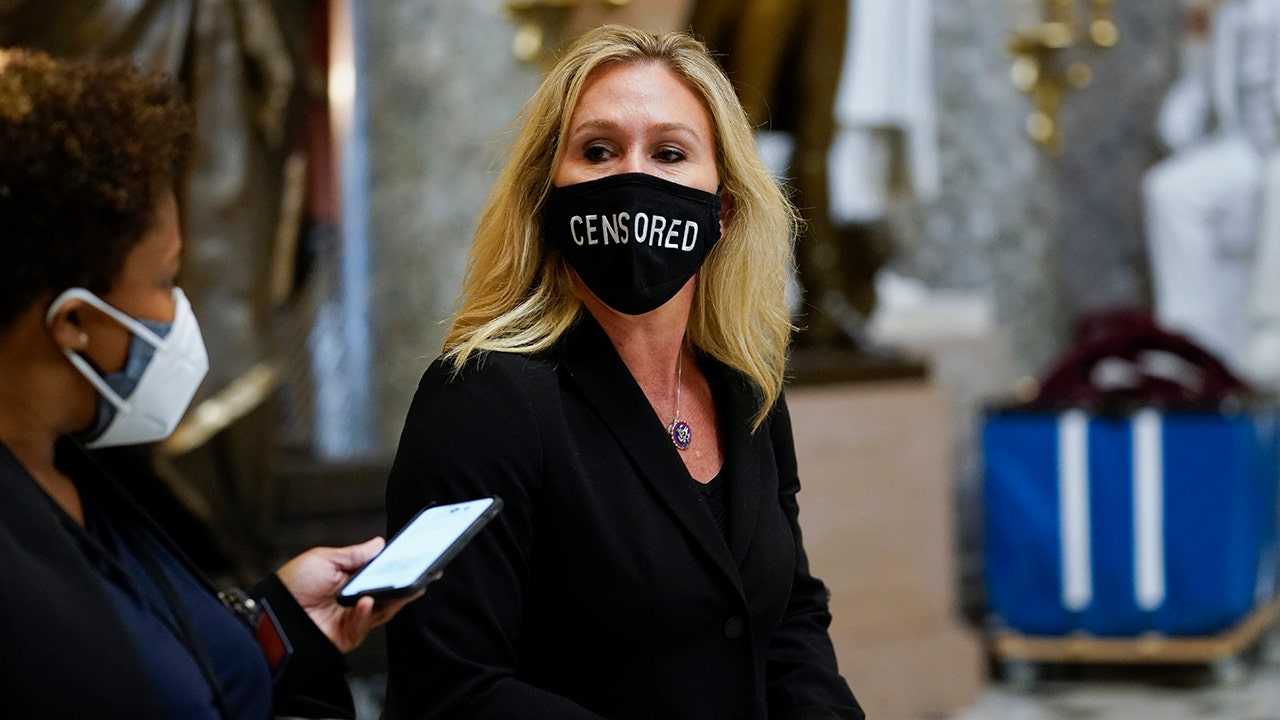 Del. Michael F.Q. San Nicolas, D-Guam, on Monday, accompanied members of the Guam National Guard to Georgia Republican Rep. Marjorie Taylor Greene‘s office after she appeared to say the island was not part of the U.S.

Greene, who has been stripped of her committee assignments, appeared to make the comment while speaking to a small group of people at the 2021 Conservative Political Action Conference, as seen at the 13-minute mark in a live video posted to her Facebook page.

In response to the comment, San Nicolas gathered members of the island’s National Guard and paid a visit to the Georgia congresswoman’s office with snacks in hand and posted a video of the encounter to social media, prompting discission of whether the move was appropriate.

“Guam isn’t represented in the Congress by a lone Delegate, but by the service and sacrifice of everyone who has gone before us, everyone alongside us, and everyone who calls Guam home,” San Nicolas wrote in a Monday Facebook post along with the video.

The video shows San Nicolas and the Guam National Guard greeting staffers for Greene outside her office. The congresswoman’s legislative adviser, Taylor LaJoie, informed the Guard members that Greene was in an interview but would be willing to meet them later.

MAJORIE TAYLOR GREENE SAYS SHE’S ‘FINE’ BEING OUSTED FROM COMMITTEES: ‘IT’D BE A WASTE OF MY TIME’

The video concludes with the following message: “Guam is a U.S. territory with troops fighting — [and] dying — alongside fellow Americans while not having voting representation in the Congress or Electoral College representation to elect a Commander-in-Chief.”

Some pundits and commentators on social media took issue with the move, pointing out that the reaction to the video would have been different had a Republican member of Congress sent National Guard troops to a Democrat’s office.

San Nicolas’ action also comes on the heels of a House ethics investigation into his conduct and use of campaign funds.

Earlier this month, the Office of Congressional Ethics decided to move forward with an ethics investigation into the congressman over allegations of misused campaign funds for personal purchases. The Ethics Committee is also investigating allegations that San Nicolas engaged in sexual relations with one of his congressional staffers.

The House Democratic majority ousted Greene from her committee assignments in February over her past embrace of conspiracy theories and endorsement of violence against leading Democratic officials.