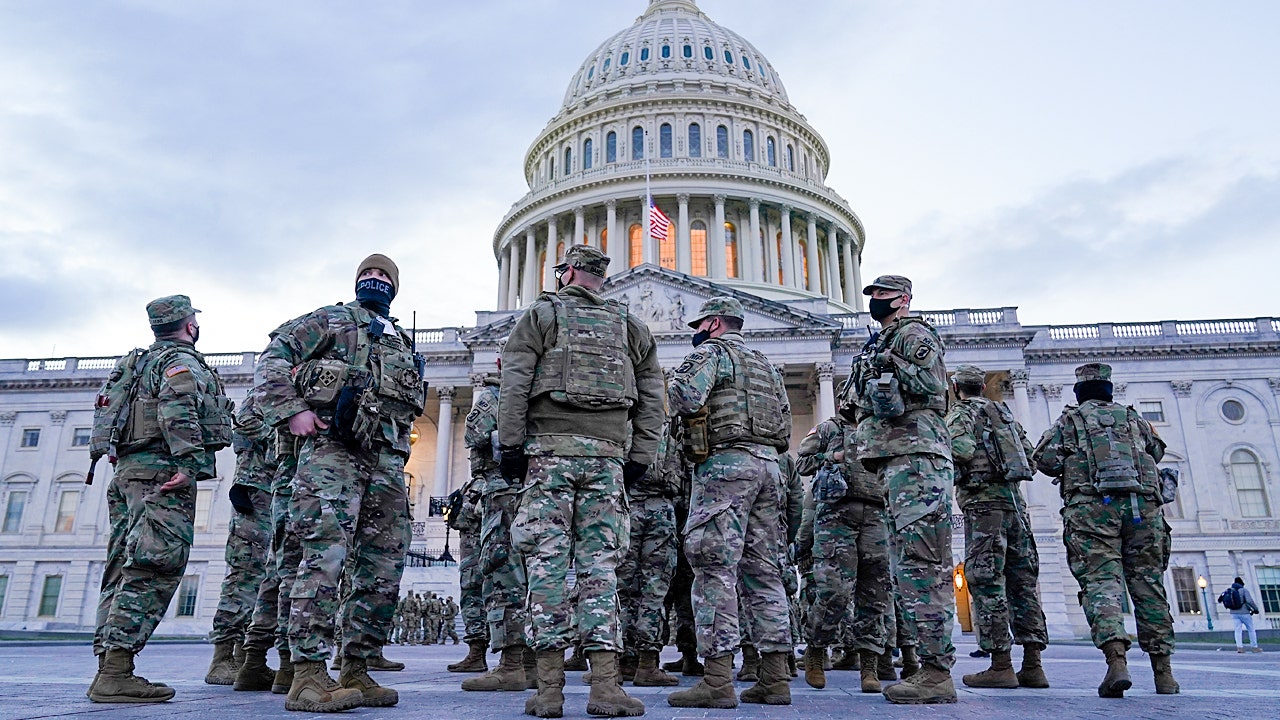 The U.S. National Guard deployed 50 times more troops to the Capitol following the January 6 riots than it did to protect the famed building following the September 11th attacks.

The National Guard sent 100 troops to the Capitol complex to defend the nation’s seat of power after terrorists attacked the Pentagon — just a few miles away across the Potomac River — and the World Trade Center in New York nearly 20 years ago.

After the Capitol was attacked a decade later on January 6, 2021, the Pentagon decided to keep 5,000 servicemembers at the building through March of this year. This marked an increase in manpower of over 50 times what was utilized in response to 9/11.

The National Guard confirmed to Fox News that the number of troops sent to defend the Capitol building in 2001 during “Task Force: Capital Guardian” was 100 servicemembers.

“Efforts to date have not secured enough volunteers among supporting states to meet the USCP request of 2,280 soldiers, nor Option B of 1000 soldiers,” the memo stated.

The memo stated that Hokanson was concerned that “the continued indefinite nature” of the operation “may also impede” on how the Pentagon staffs up future operations.

“I am concerned that the continued indefinite nature of this requirement may also impede our ability to man future missions as both adjutants general and guardsmen alike may be skeptical about committing to future endeavors,” the memo stated.

Austin opted to keep the troops in the Capitol, and is reportedly considering the implementation of involuntary activation orders.

The troops deployed to the Capitol complex in DC remain after months of deployment, where they have been reportedly sleeping on the floor and been fed expired food.

The troops came as a response to waves of supporters from former President Donald Trump’s “Stop the Steal” rally ransacked the Capitol while attempting to stop the Senate from confirming the 2020 presidential election results.

The National Guard had a delay of over half an hour from when the Pentagon authorized troop deployment to the Capitol amid the riots and their actual deployment.

The leadership of the House Armed Services Committee — Reps. Adam Smith, D-Wash., the chairman and Mike Rogers, R-Ala., the ranking member — have called for letting National Guard troops “return home to their families” as the operation continues to grow.

“As the U.S. Capitol Police continues to build its personnel capacity, there is no doubt that some level of support from the National Guard should remain in the National Capital Region to respond to credible threats against the Capitol,” Smith and Rogers said in a press release.

“We appreciate our guardsmen answering the call to protect the Capitol, but it’s time for us to review what level of security is required, so they can return home to their families and communities,” they added.