UK Labour is being defined as the “nasty party” of British politics by voters fed up with its rampant anti-Semitism, according to the latest polling.

The term harks back to a label once used for the Conservative Party, when Theresa May famously told the Conservative conference 16 years ago the party was deemed “‘nasty” by an increasing section of the electorate.

Now the hard-left Labour Party wears the appellation after a summer of discontent over leader Jeremy Corbyn’s past – and present – relations with the Jewish community.

A ComRes poll conducted for the Jewish News shows Labour today is viewed as “nasty” by 31 percent of Britons compared to 34 percent for the government. 35 percent of the 2,002 adults quizzed “don’t know.”

Other findings will also startle Labour’s leadership. Just on 50 percent of those polled agree that Labour is “not doing enough to tackle anti-Semitism within its ranks” against just 19 percent who believe it is. 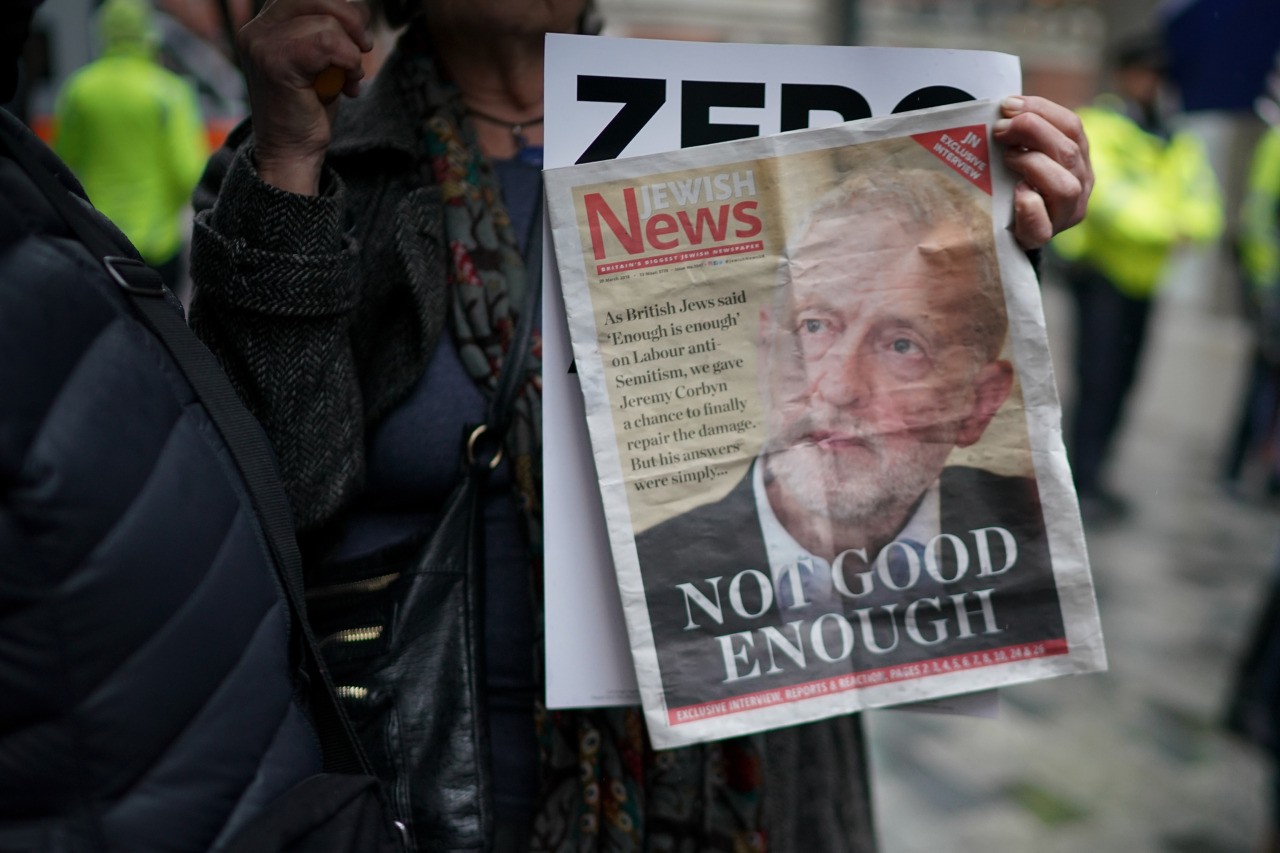 Campaigners from the Campaign Against Antisemitism demonstrate and listen to speakers outside the Labour Party headquarters on April 8, 2018 in London, England. Protesters are calling on Labour’s hierarchy to ‘hold Jeremy Corbyn to account’ after claims that he and the party are not doing enough to root out anti-Jewish hate in its membership. (Christopher Furlong/Getty Images)

Similarly, 45 percent say Mr. Corbyn is “either unwilling or unable to act decisively against anti-Semitism in his party”, compared with 27 percent who say he is “the target of a concerted smear campaign by his political opponents to try to discredit him over anti-Semitism.”

Just as concerning for Labour is the view that it is going backwards in matters of public trust.

Twice as many respondents – 48 percent – believe Labour was a “more decent party” under Gordon Brown than Mr. Corbyn, with 24 per cent saying the reverse.

Andrew Hawkins, chair of ComRes, told the Jewish News there is widespread acknowledgement that “British politics has turned nastier.”

He believes this poll suggests that the Labour Party may be “slipping into a quagmire of its own making by failing to persuade voters that it is serious about tackling antisemitism and by losing its reputation for decency.”

“That the Tories were seen as ‘the Nasty Party’ for the best part of 25 years gave Labour something of a monopoly on kindness but that advantage seems to be being squandered, ” he concluded.