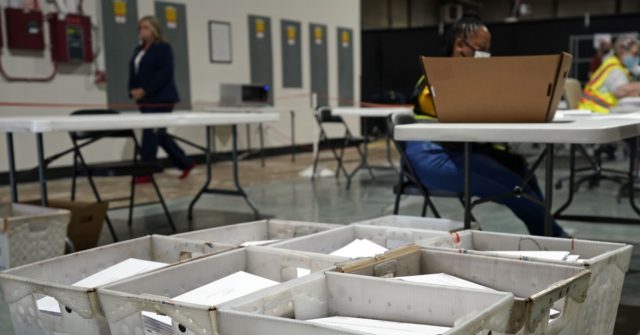 Hundreds of ballots were mailed to Nassau County voters with the wrong oath envelope in what is being blamed on a “printing error” by a vendor.

Voters in Nassau County are being asked to double check their absentee ballots after the error was discovered, where 781 ballots were mailed to voters with the incorrect oath envelope inside. […] Nassau elections officials say they are reaching out to voters that have been sent the wrong oath envelope.

The report comes after the New York City Board of Elections admitted that nearly 100,000 Brooklyn voters received absentee ballot return envelopes with the wrong address and names printed on them. NYC Board of Elections spokeswoman Valerie Vazquez-Diaz told CNN that a third-party vendor, Phoenix Graphics, was to blame for the error.

In the meantime,  New York City has asked the vendor to remail fresh ballots “to make certain that absolutely no disenfranchisement occurs in the borough of Brooklyn,” according to the election board’s executive director Michael Ryan. Phoenix Graphics has yet to comment on the matter.

However, senior staffers of Gov. Andrew Cuomo’s office are reportedly seeking to block the elections board from resending ballots. “The governor wants to take a different approach,” said Doug Kellner, who serves as co-chairman of New York state’s Board of Elections. “You’ve got to talk to the governor’s office.”

President Donald Trump, who frequently warns about the possibility of voter fraud connected to voting by mail, took to social media this week to highlight the Big Apple’s ballot issue.

“Wow! 100,000 Mail In Ballots in New York City a total MESS,” the president tweeted. “Mayor and Governor have no idea what to do. Big Fraud, Unfixable! Cancel Ballots and go out and VOTE, just like in past decades, when there were no problems!”

Wow! 100,000 Mail In Ballots in New York City a total MESS. Mayor and Governor have no idea what to do. Big Fraud, Unfixable! Cancel Ballots and go out and VOTE, just like in past decades, when there were no problems!